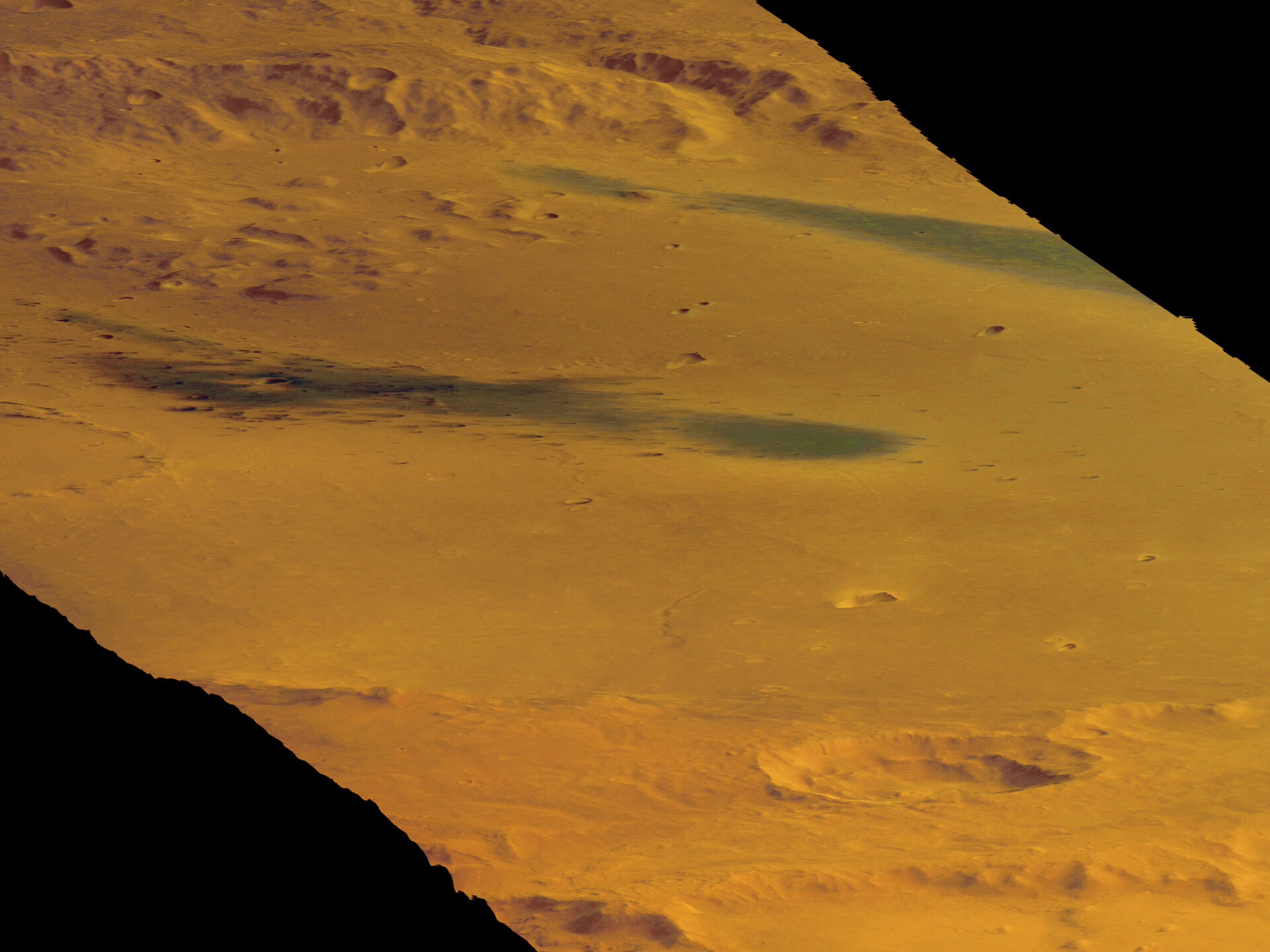 This picture was taken by the HRSC in color and 3D in orbit 24 on 16 January 2004. It shows perspective oblique view of the ancient impact crater Gusev. This crater with a diameter of 160 km probably hosted a lake, as inferred from the existence of an inflowing channel called Ma´adim Vallis. The Mars rover “Spirit” of NASA will search for traces of water in the possible sediments of the lake. It landed almost exactly in the middle of the shown image, at the geographic coordinates 14.5718°S and 175.4785°E.