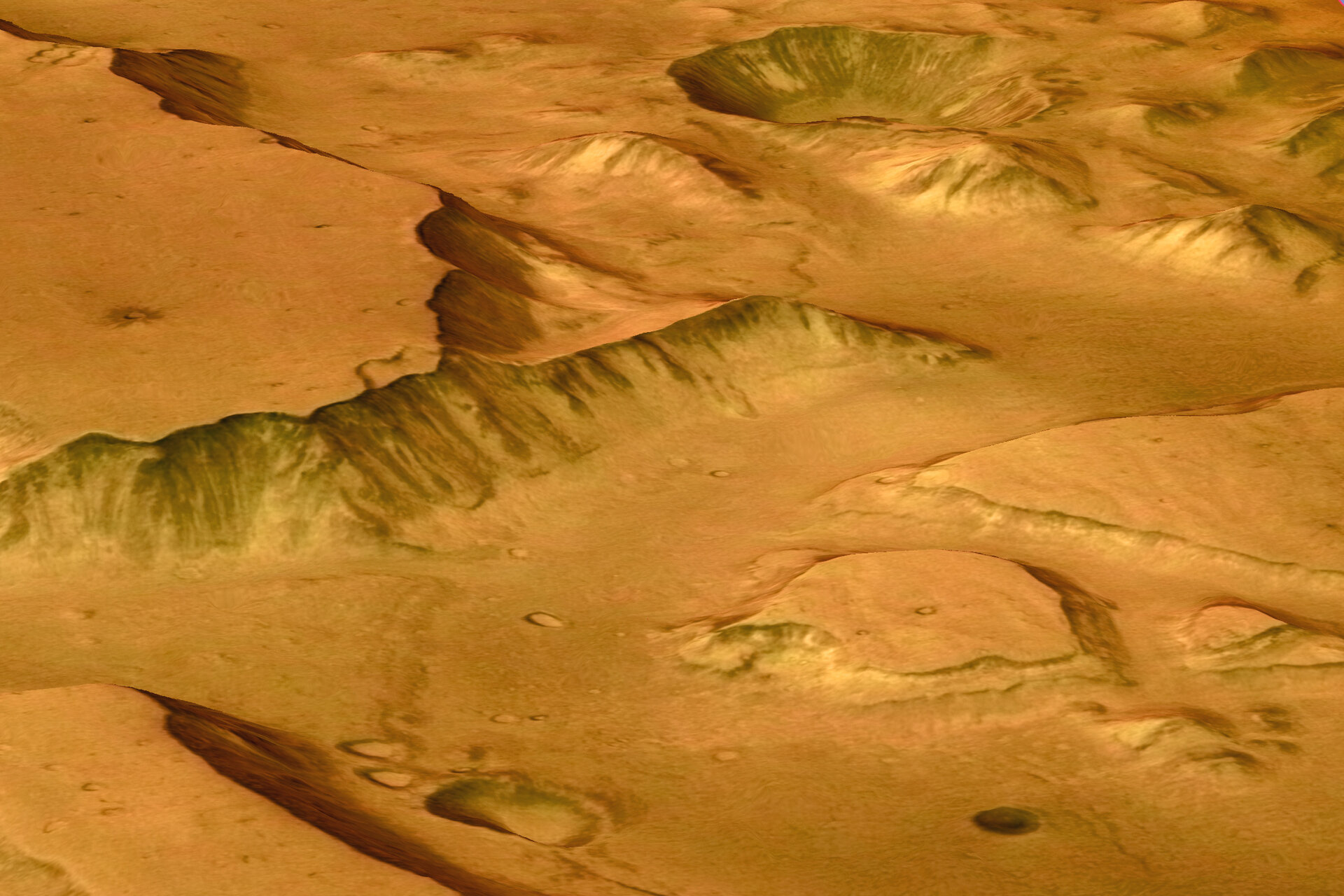 This picture was taken by the High Resolution Stereo Camera (HRSC) onboard ESA’s Mars Express orbiter, in colour and 3D, in orbit 18 on 14 January 2004. It shows a perspective view of a mesa in the chaotic regions east of the Valles Marineris, the largest canyons in the Solar System. The surface collapsed a long time ago, when large volumes of water were removed in the subsurface and flowed towards the northern lowlands of Mars. The large crater in the background has a diameter of 7.6 km and a depth of 800 m.