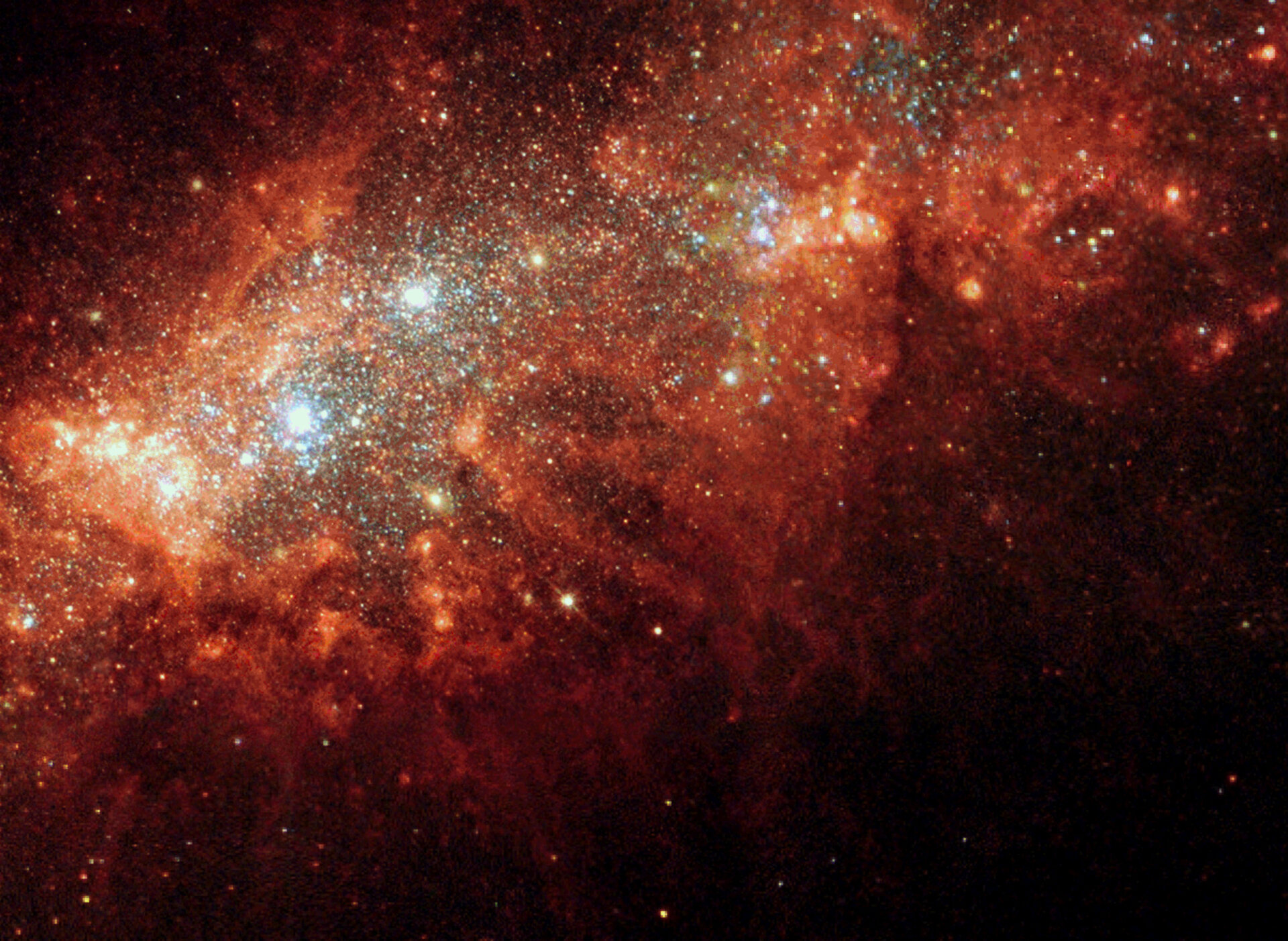 The nearby dwarf galaxy NGC 1569 is a 'hotbed' of vigorous star birth activity which blows huge bubbles and super-bubbles that riddle the main body of the galaxy. The galaxy’s vigorous ‘star factories’ are also manufacturing brilliant blue star clusters. This galaxy had a sudden and relatively recent onset of star birth 25 million years ago, which subsided about the time the very earliest human ancestors appeared on Earth.

In this new image, taken with the NASA/ESA Hubble Space Telescope, the bubble structure is sculpted by the galactic super-winds and outflows caused by a colossal input of energy from collective supernova explosions that are linked with a massive episode of star birth.

The bubble-like structures seen in this image are made of hydrogen gas that glows when hit by the fierce winds and radiation from hot young stars and is racked by supernovae shocks. The first supernovae blew up when the most massive stars reached the end of their lifetimes roughly 20-25 million years ago. The environment in NGC 1569 is still turbulent and the supernovae may not only deliver the gaseous raw material needed for the formation of further stars and star clusters, but also actually trigger their birth in the tortured swirls of gas.