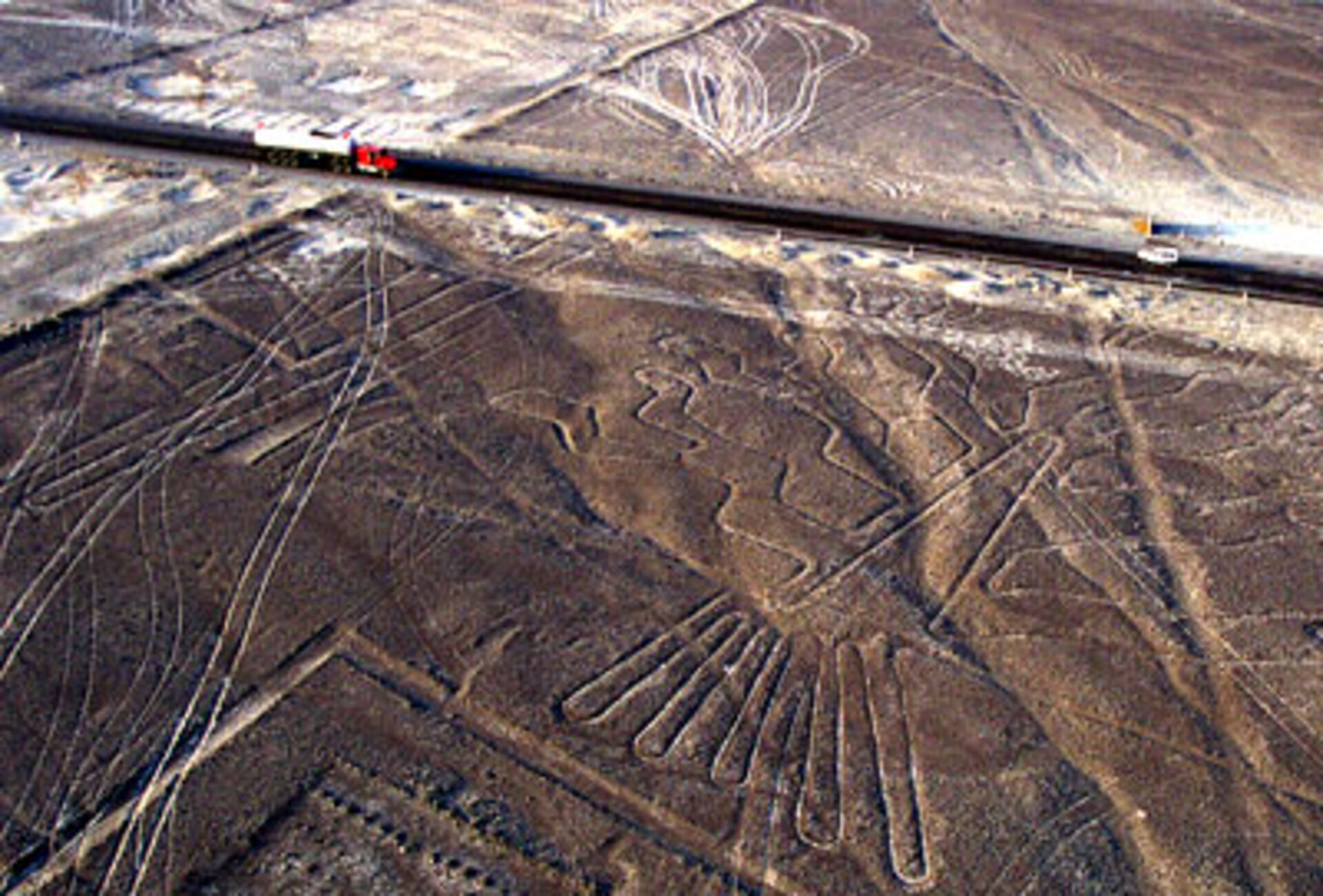 The Pan-American Highway runs through the Nasca Lines

The Panamerican Highway cuts straight through the mysterious figures and geometric shapes of the Nasca Lines near Nasca in southern Peru. The highway was built in 1937, before that section of the Lines had been discovered. The Lines are too large to be appreciated from the ground, but rather can only be seen from the air, although they were drawn in the sand before 700A.D. by the Nasca Indians, long before airplanes and hot-air balloons existed.