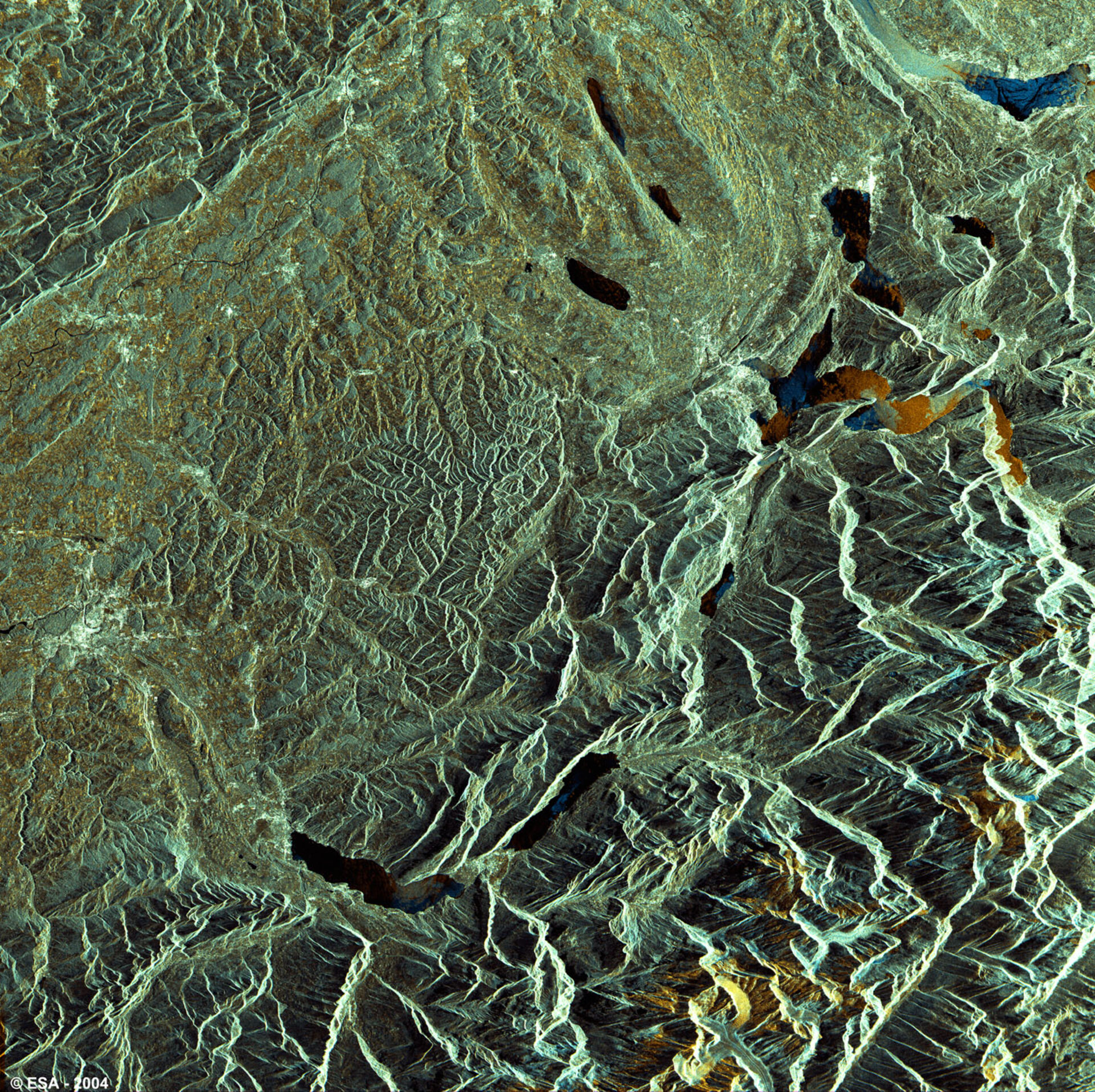 This Advanced Synthetic Aperture Radar (ASAR) multitemporal colour composite image shows an area of 100 Km swath width centred over the Canton of Bern, located in western Switzerland. Bern city (visible as a large bright area centre left) is the capital of the country and also capital of the Canton, and is situated on a high promontory surrounded on three sides by a bend of the River Aare. The varied landscape of Bern encompasses plains around the city of Bern, mountains in the south, and a lake region in the north.