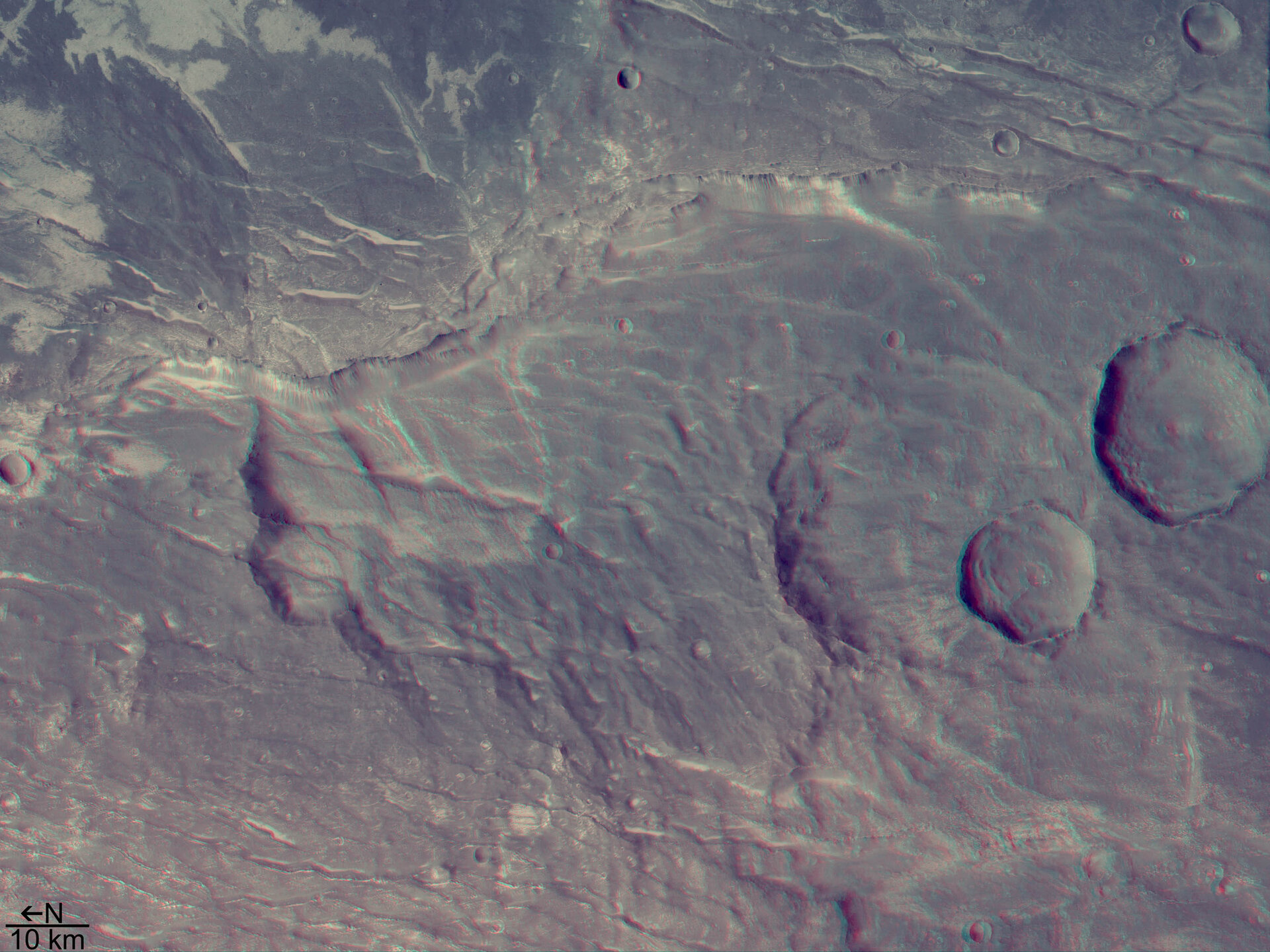 This 3D image was taken by the High-Resolution Stereo Camera (HRSC) on Mars Express in orbit 68 from an altitude of 271 km. The resolution is about 17 metres per pixel and shows a region called Claritas Fossae on Mars, centred at 255.7°East and 30.9° North. The 3D image has been created from the nadir-channel (vertical view) and one stereo-channel of the camera. North is on the left.

The Claritas Fossae are an ancient tectonic region west of
Solis Planum, a tectonic and volcanic area south-east of the
Tharsis volcano group.