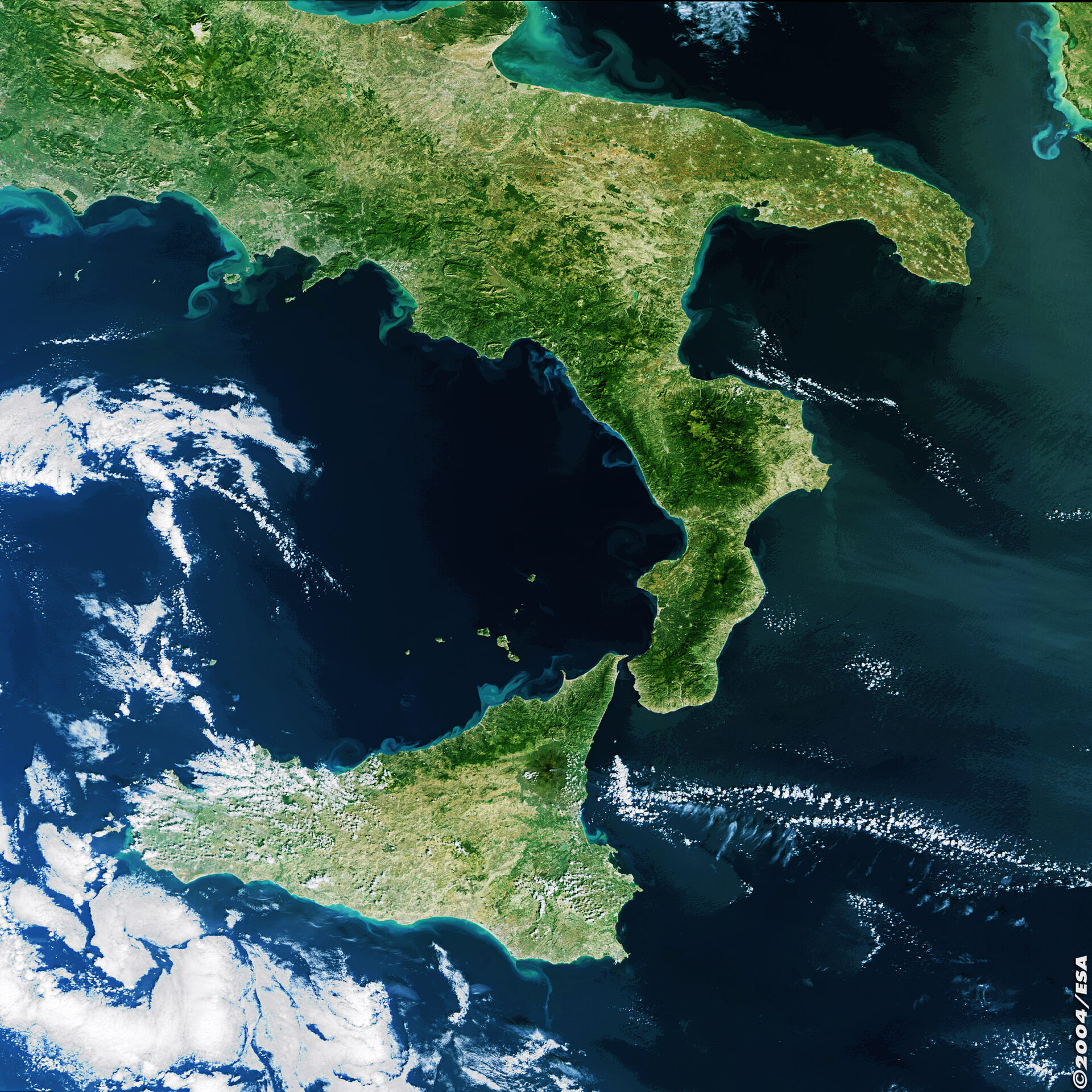 This Medium Resolution Imaging Spectrometer (MERIS) image shows the southern part of Italy. Visible landmarks in the Italian Peninsula are the Gulf of Naples on the west coast with the city seen in bright colour and the Mount Vesuvius while on the other side of the peninsula the cities and towns of the Puglia region are clearly visible. Sicily, the largest island in the Mediterranean Sea, is seen in the bottom part of the image, separated form mainland Italy by the Strait of Messina. Etna, the Europe's highest and most active volcano is clearly visible on the east coast of the island.