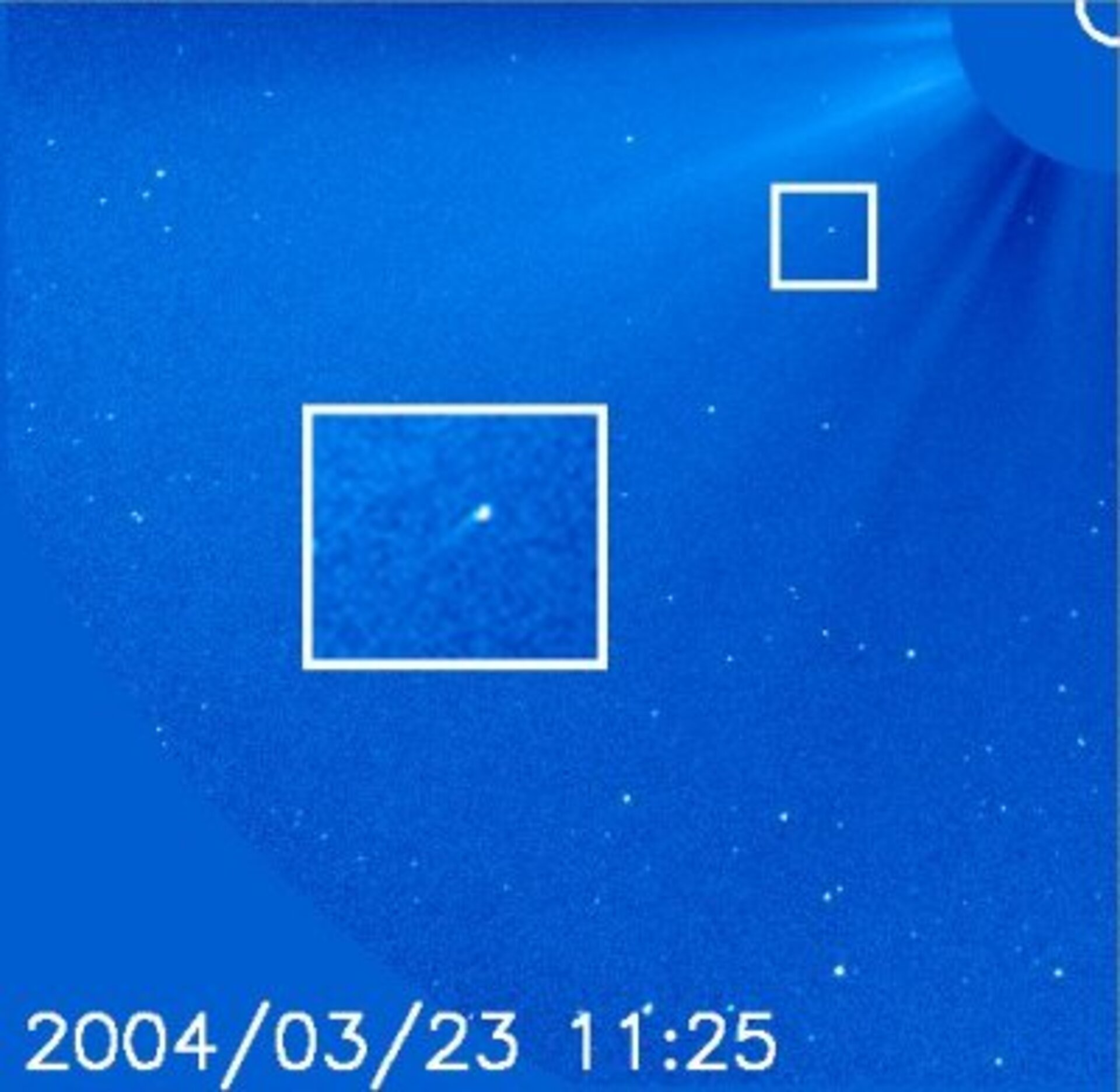 On 22 March 2004, the 750th comet seen by SOHO was discovered by the German amateur astronomer Sebastian F. Hönig (one of the most successful SOHO comet-hunters)

Here the comet is seen by SOHO LASCO C3. The LASCO coronagraph on SOHO, designed for seeing outbursts from the Sun, uses a mask to block the bright rays from the visible surface. It monitors a large volume of surrounding space, and as a result has become the most prolific discoverer of comets in the history of astronomy.

This comet was part of the Kreutz family, a group of sungrazing comets. This type of comet usually evaporates in the hot solar atmosphere.

The ESA/NASA SOHO mission was launched on 2 December 1995.