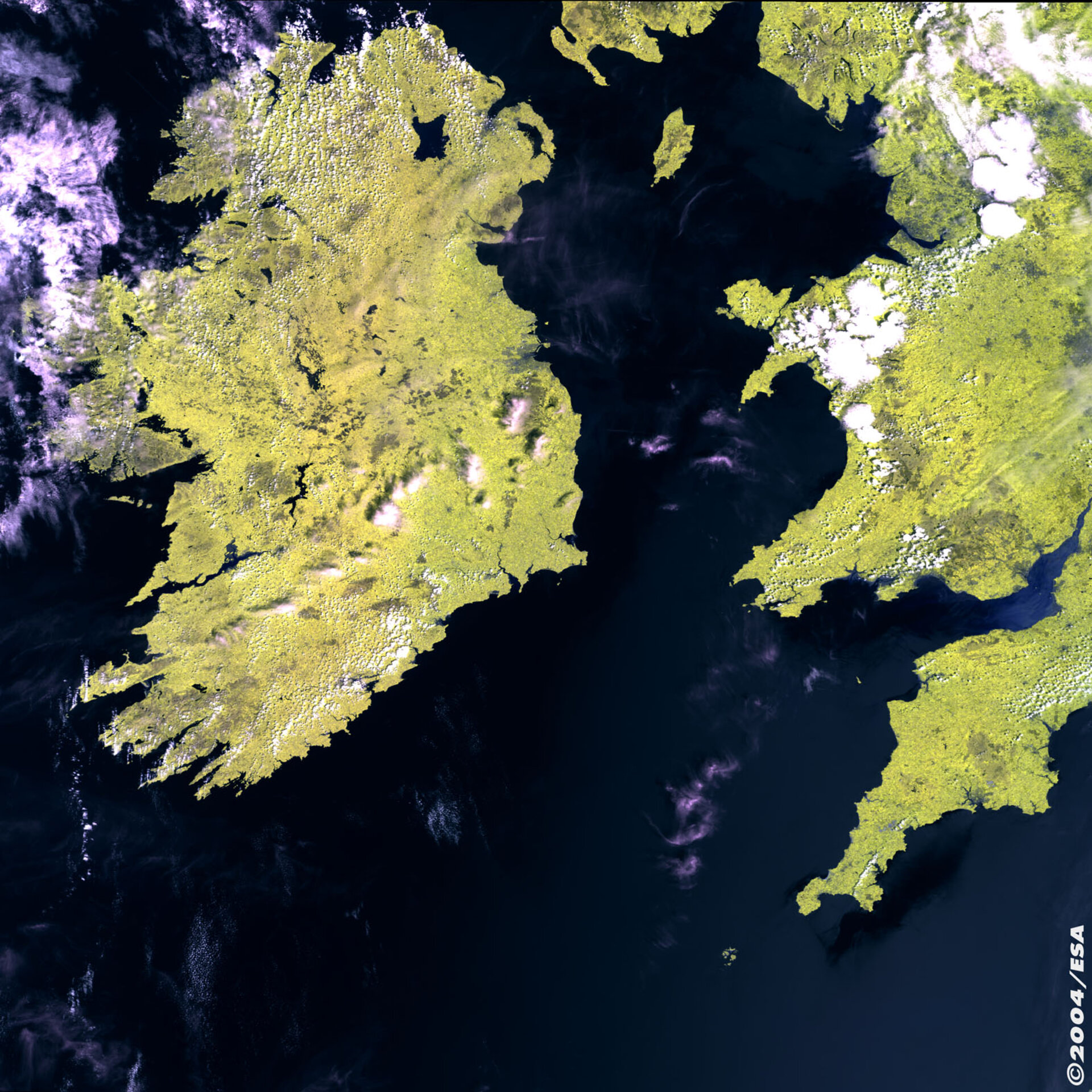 This MERIS false colour image displays Ireland, Wales and eastern England. On the East coast the city of Dublin can be seen in darker tones with the Wicklow Mountains to the south, partially covered in clouds. To the north the city of Belfast is visible with Lough Neagh to its west. In the central region the Lakes along the Shannon can be observed.

Over the Irish Sea into Britain the Welsh capitol Cardiff can be seen along with the Birmingham conurbation at the far east of the image again in darker blue/black tones. The grey areas in Wales and in south-eastern England represent the rugged terrains of the Snowdonia, Brecon and Dartmoor National Parks.

The bluer waters around the Bristol estuary represent sediment filled river discharge from the River Severn.