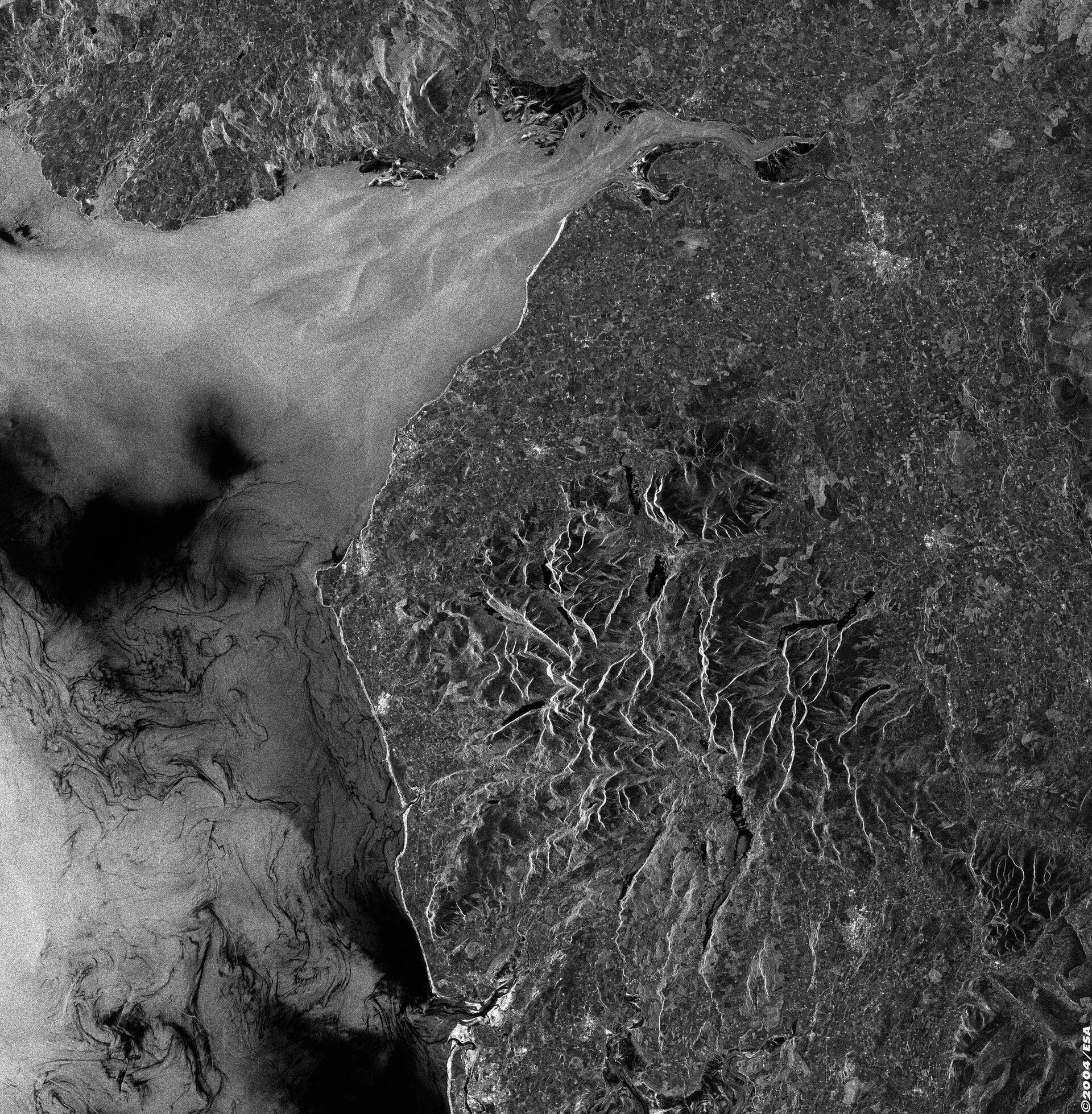 This Advanced Synthetic Aperture Radar (ASAR) shows the Lake District National Park in north western England. The Lake District consist of numerous peaks, Scafell Pike, to the west of the region, at 978m is the highest point in England. Other famous peaks include Skiddaw to the north and Helvellyn to the east.

The brighter area to the east of Windermere towards the south east corner of the image is the town of Kendall, and to the north east is the town of Carlisle.