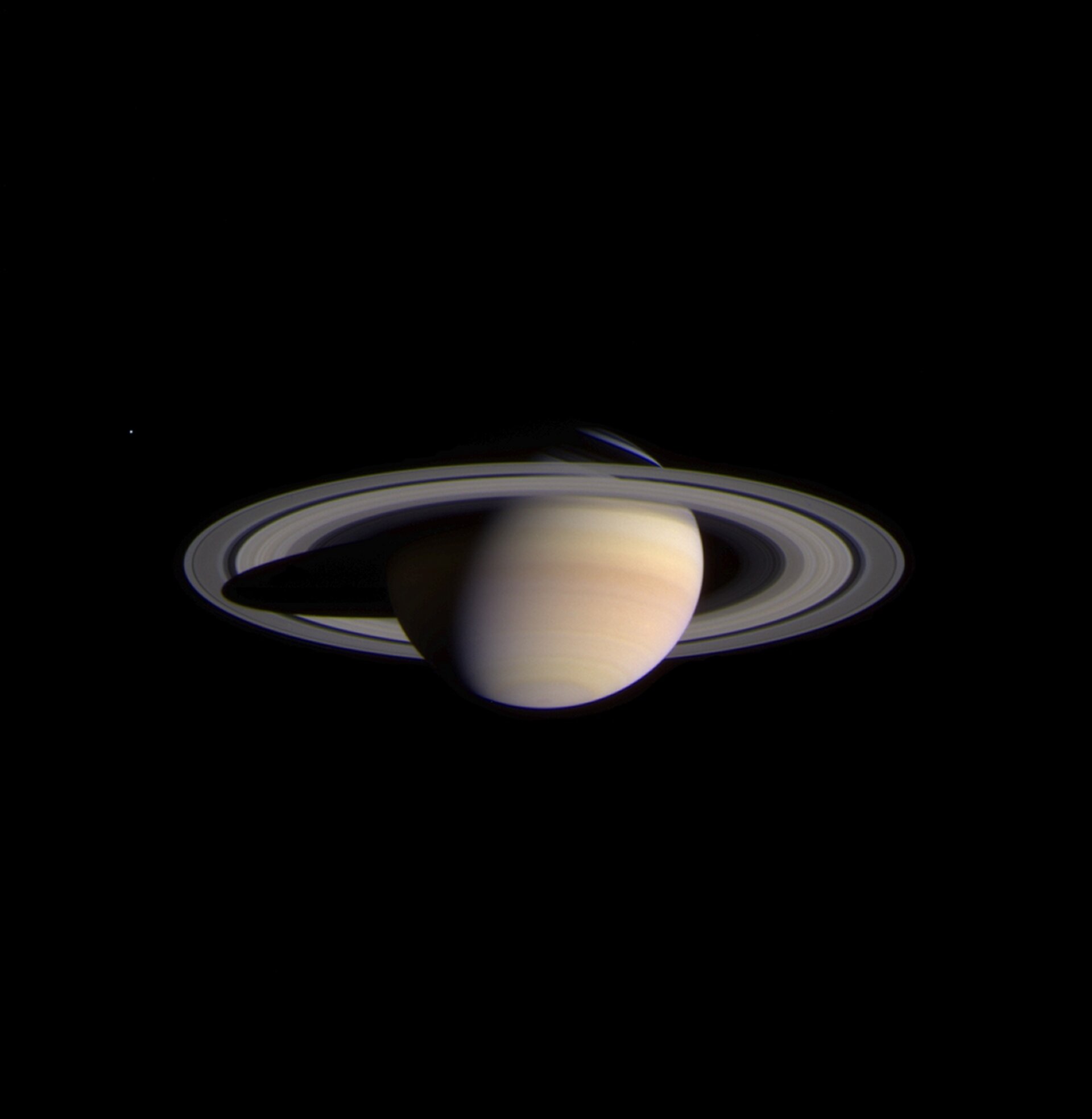 The narrow-angle camera on board the Cassini-Huygens spacecraft took a series of exposures of Saturn and its rings and moons on 9 February 2004, which were composited to create this stunning, colour image. At the time, Cassini was 69.4 million kilometres from Saturn, less than half the distance from Earth to the Sun. The image contrast and colours have been slightly enhanced to aid visibility. The smallest features visible in this image are approximately 540 kilometres across.