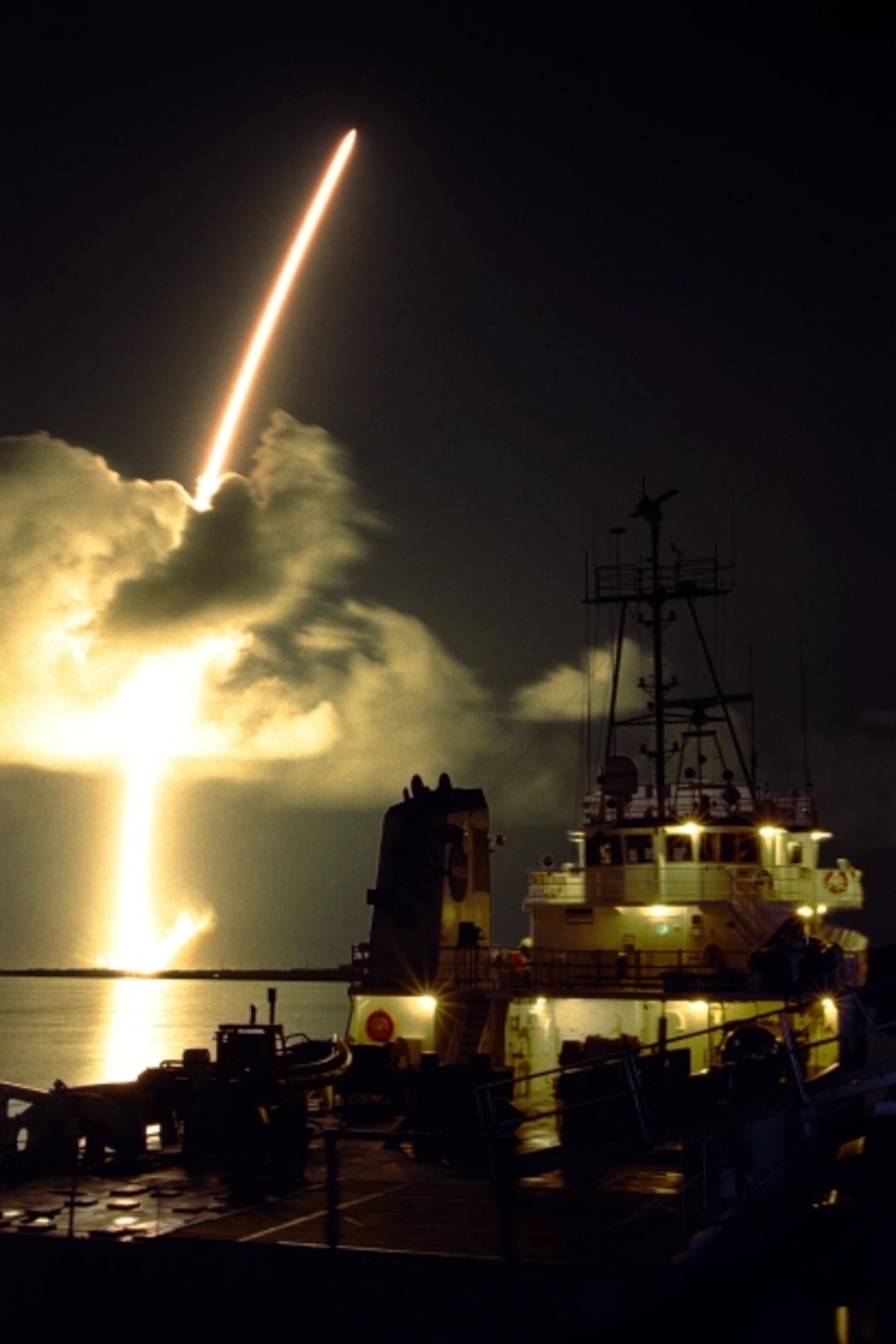 Cassini-Huygens on its way

The skies over Cape Canaveral were illuminated by the fiery exhaust of a Titan IVB/Centaur rocket as the Cassini-Huygens spacecraft was launched on 15 October 1997. It marked the start of one of the great adventures in space exploration - a seven-year trek which would end with the NASA Cassini spacecraft in orbit around the planet Saturn and the deployment of ESA's Huygens probe onto the unseen surface of Titan, one of the largest satellites in the Solar System.