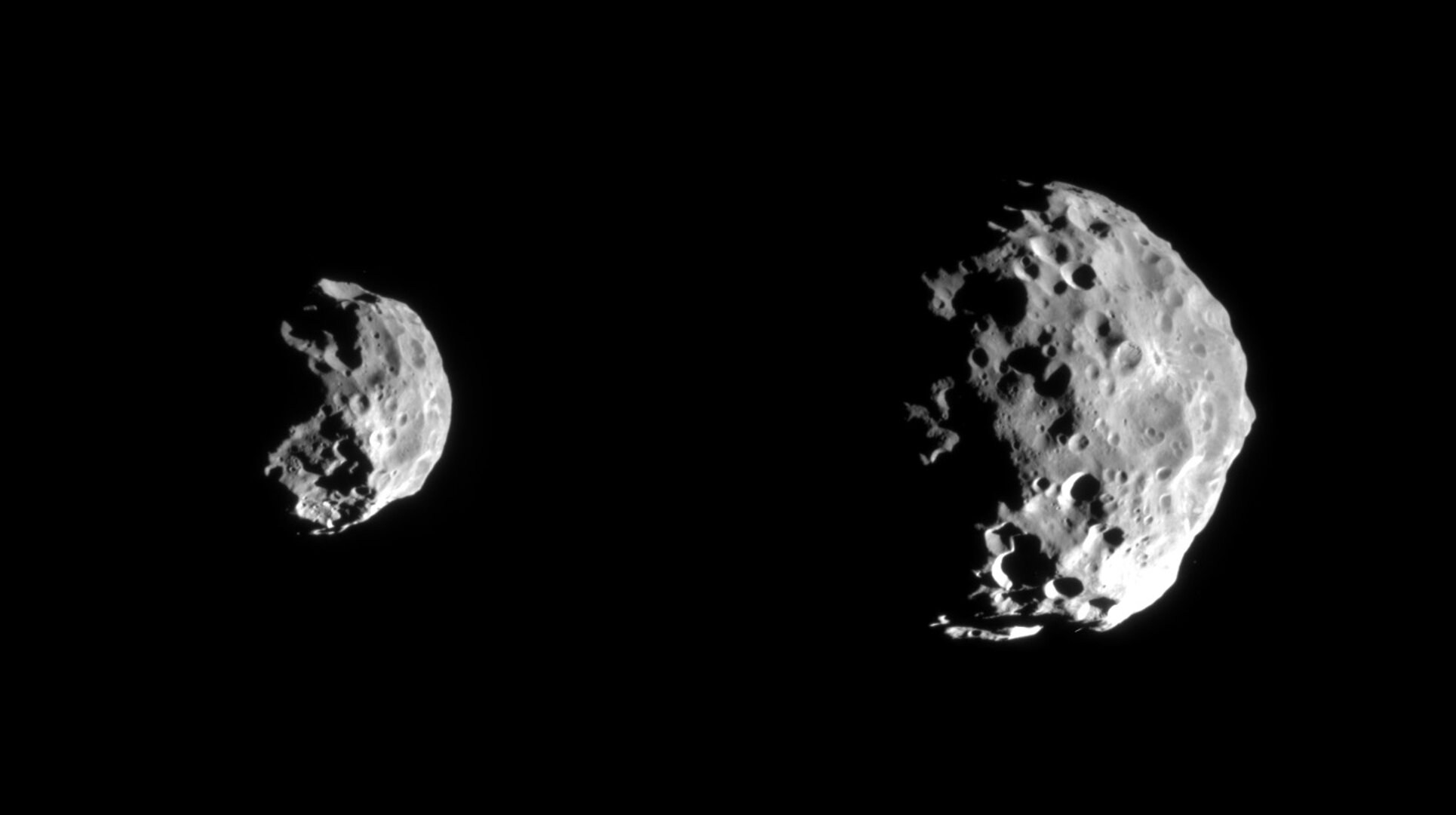 Cassini's flyby of Phoebe shows a moon with a battered past

First images from the Cassini flyby of Phoebe reveal it to be a scarred, cratered outpost with a very old surface and a mysterious past, and a great deal of variation in surface brightness across its surface.

“What spectacular images,” said Dr. Carolyn Porco, Cassini Imaging Team leader at the Space Science Institute in Boulder, Colo. “So sharp and clear and showing a great many geological features, large and small. It's obvious a lot of new insights into the origin of this strange body will come as a result of all this.”

“What we are seeing is very neat. Phoebe is a heavily cratered body. We might be seeing one of the chunks from the formation of the solar system, 4.5 billion years ago. It's too soon to say,” said Dr. Torrence Johnson, Cassini imaging team member at NASA's Jet Propulsion Laboratory, Pasadena, Calif. “It's important to see the big picture from all of the other instruments to get the global view on this tiny moon.”

Dr. Gerhard Neukum, an imaging team member from Freie University in Berlin, said, “It is very interesting and quite clear that a lot of craters smaller than a kilometer are visible. This means, besides the big-ones, lots of projectiles smaller than 100 meters (328 feet) have hit Phoebe.” Whether these projectiles came from outside or within the Saturn system is debatable.

There is a suspicion that Phoebe, the largest of Saturn's outer moons, might be parent to the other, much smaller retrograde outer moons that orbit Saturn.

Dr. Joseph Burns, an imaging team member and professor at Cornell University, Ithaca, N.Y. said, “Looking at those big 50 kilometers (31 mile) craters, one has to wonder whether their impact ejecta might be the other tiny moons that orbit Saturn on paths much like Phoebe's.”

All planned 11 instruments operated as expected and all data was acquired. Scientists plan to use the data to create global maps of the cratered moon, and to determine Phoebe’s composition, mass and densi