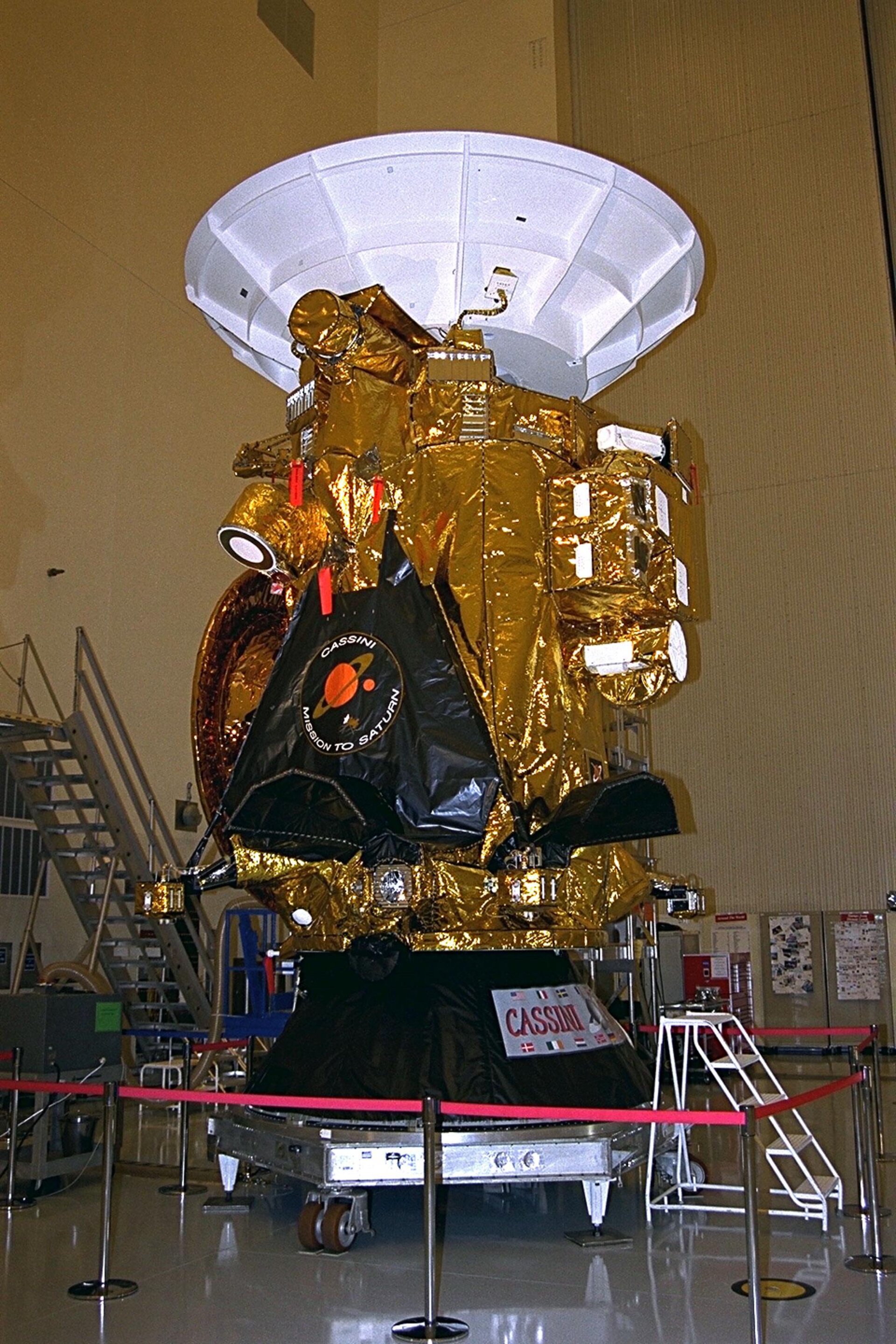 The Cassini spacecraft sits on display for the media in the Payload Hazardous Servicing Facility at the Kennedy Space Center in August 1997. The main high gain antenna dish is 4 metres in diameter.