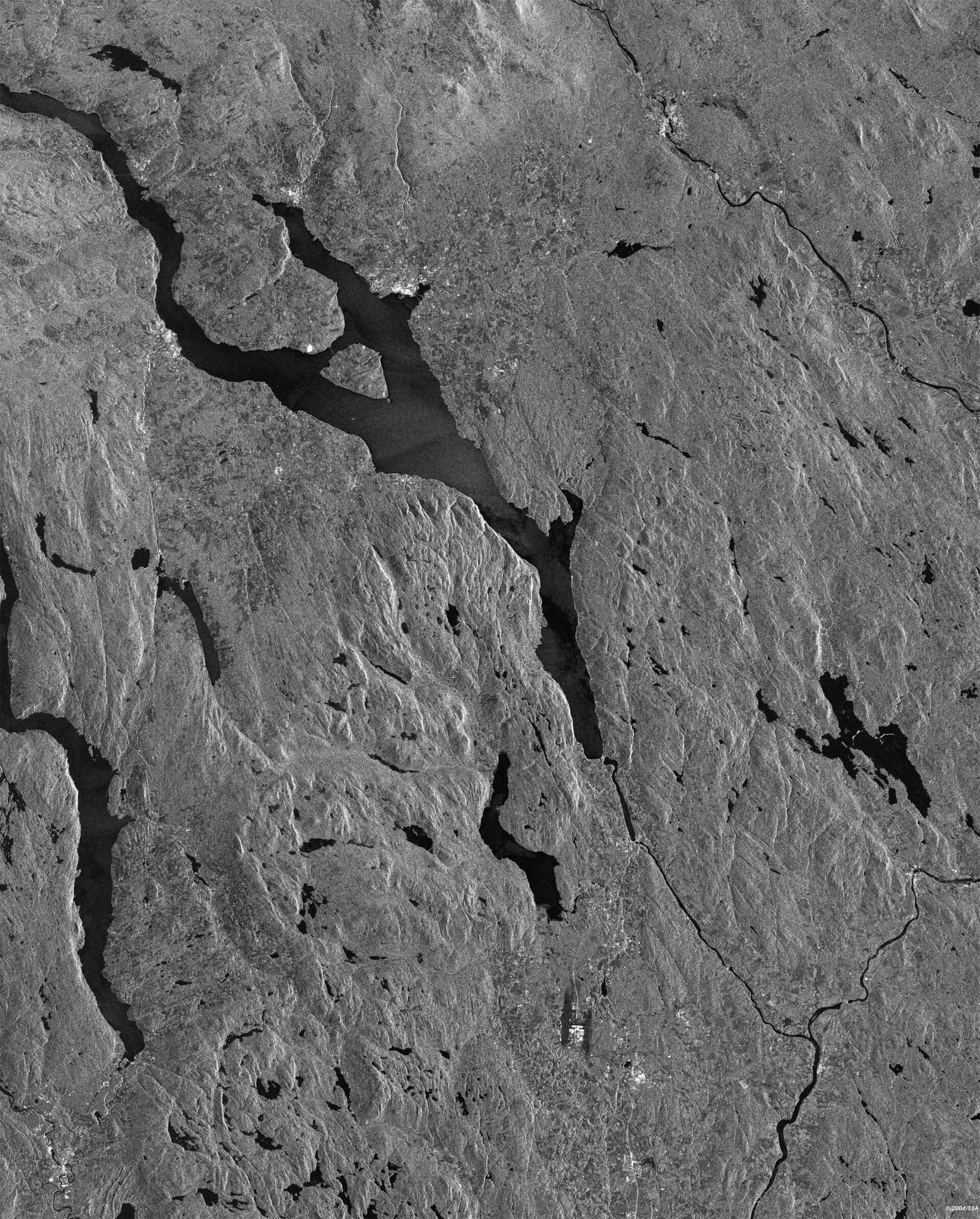 This Advanced Synthetic Aperture Radar (ASAR) centres on Lake Mjosa, Norway's largest lake. The smaller glacial lakes of Hurdalssjoen, Vaja, Trevatna, can be seen to the west of Mjosa. On the northeastern flanks of the Lake, the bright area is the town of Hamar, and further east the River Glama, with a course of 610 km the largest in Norway, can be seeing flowing southeast. Further points to note in the image are, the airport south of Lake Mjosa at Gardermoen. Also the bridge connecting the island in Lake Mjosa to the mainland. The brighter areas on the northwestern flanks of the lake are the towns of Gjovik, Raufoss and Hunndalen.