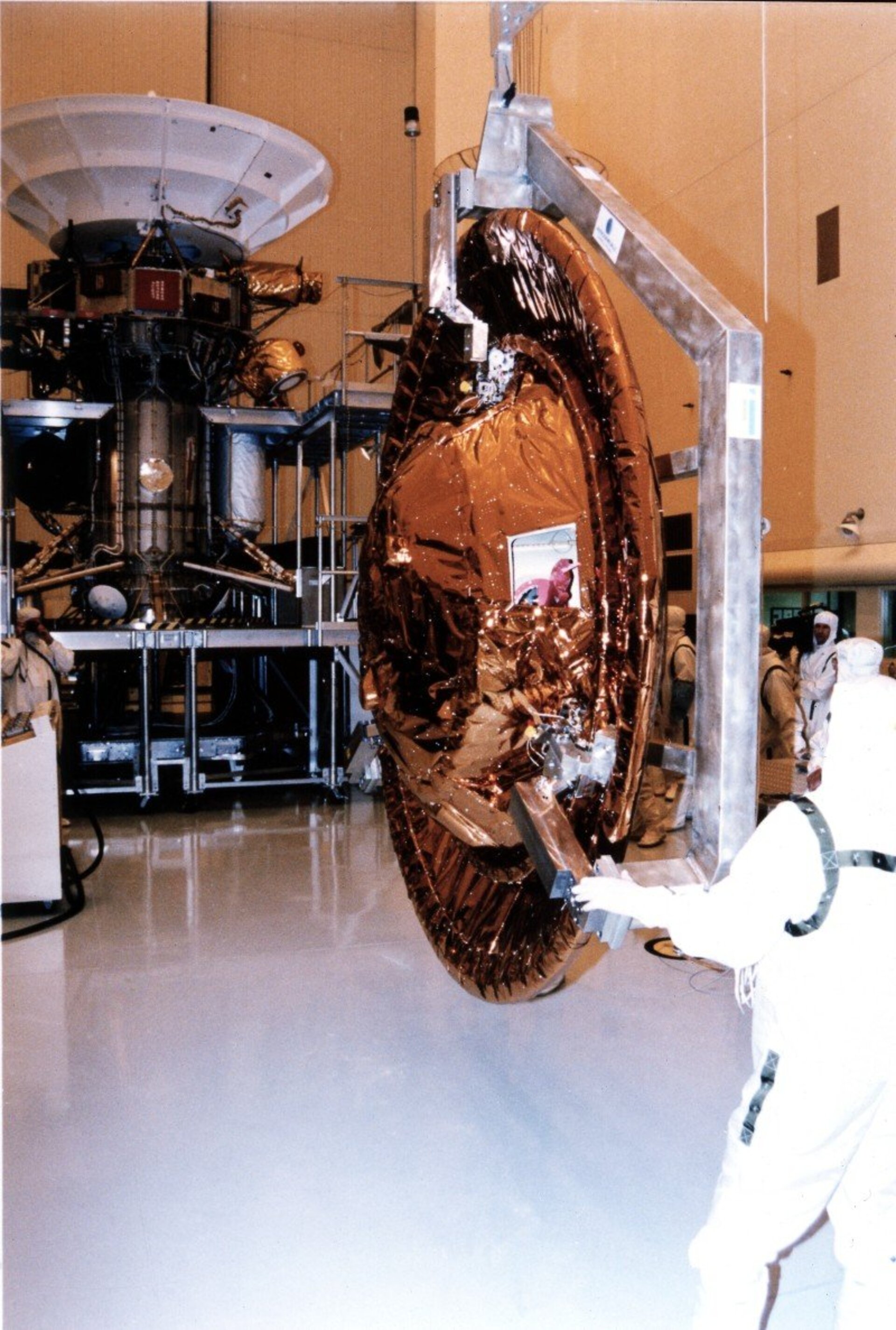 The Huygens Probe is moved ready for integration with the Saturn Orbiter in the Payload Hazardous Servicing Facility at NASA's Kennedy Space Center in Florida.