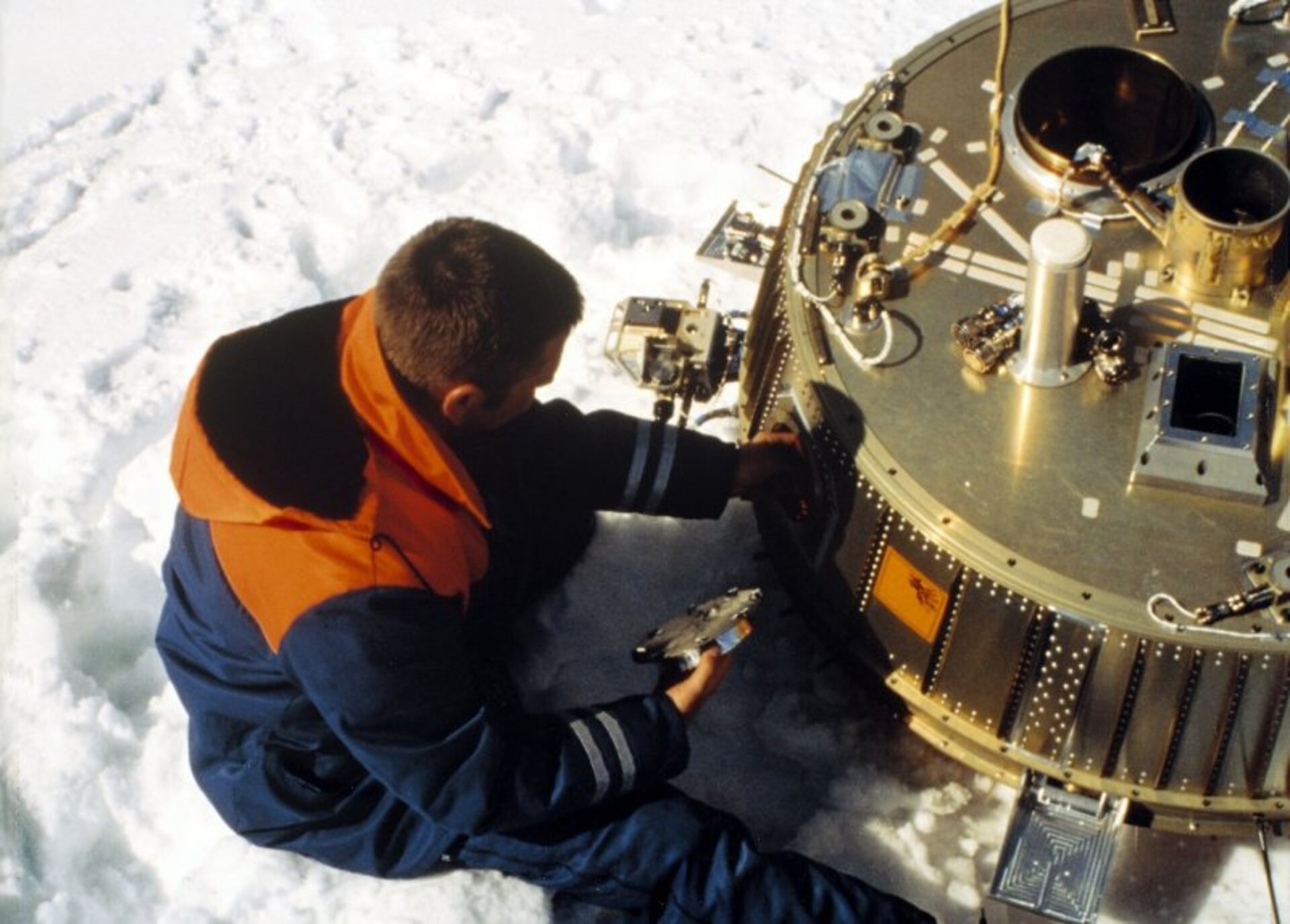 The Huygens Descent Module landed safely in the snows of Sweden after successfully testing its parachute systems (see slide 'Parachute test' ). The Front Shield and Back Cover, which will protect the Descent Module when it enters Titan's atmosphere, separated correctly. For this test, an extra parachute was used for the final stages to ensure a soft landing in Earth's gravity.