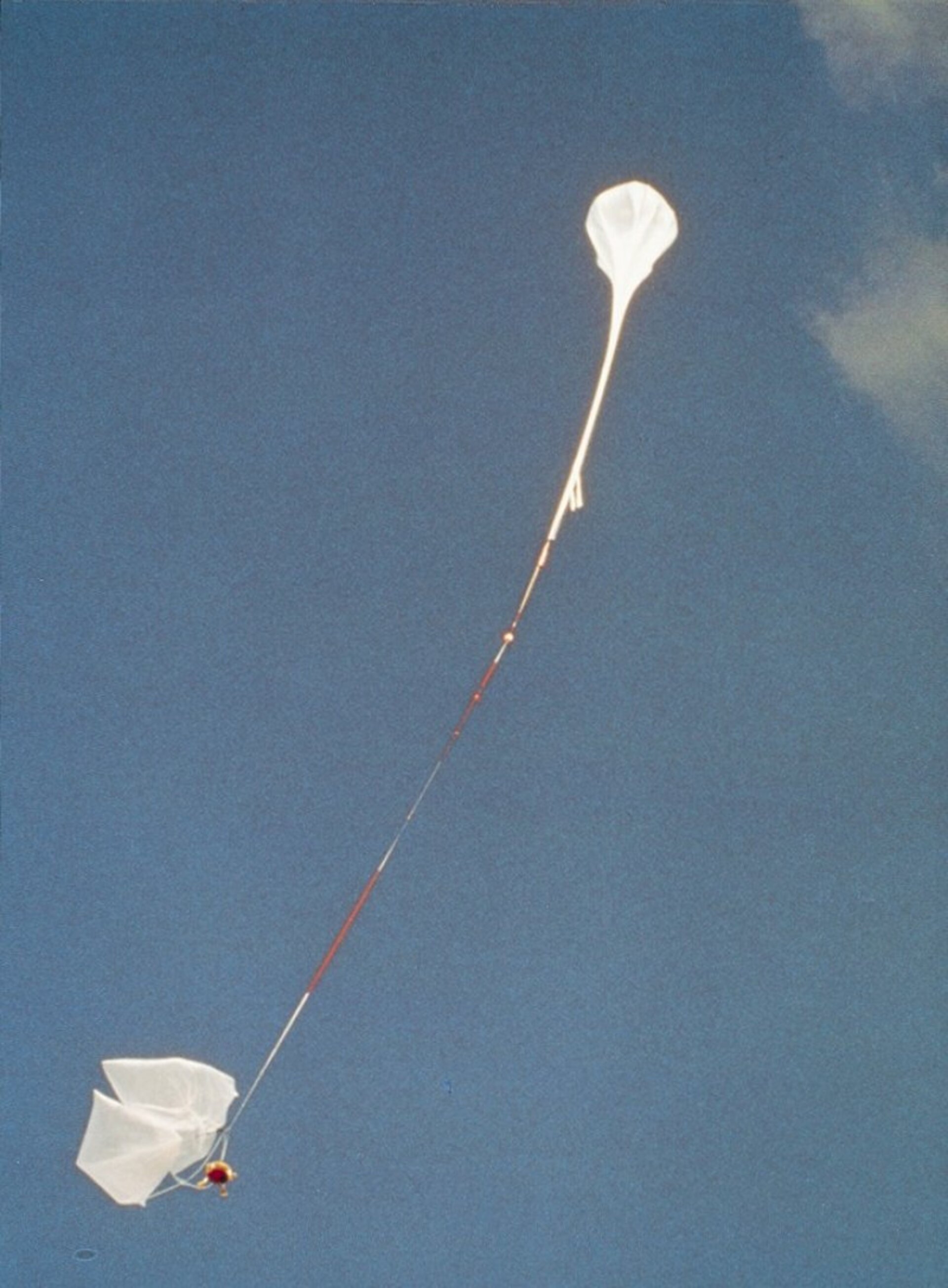 A full-size model of the Huygens Probe was carried to 37.5 km altitude in May 1995 by a stratospheric balloon over Kiruna, Sweden and released to test the parachute systems. The slide shows the Probe/ balloon combination soon after beginning ascent. See also the slide 'On Swedish snow'.