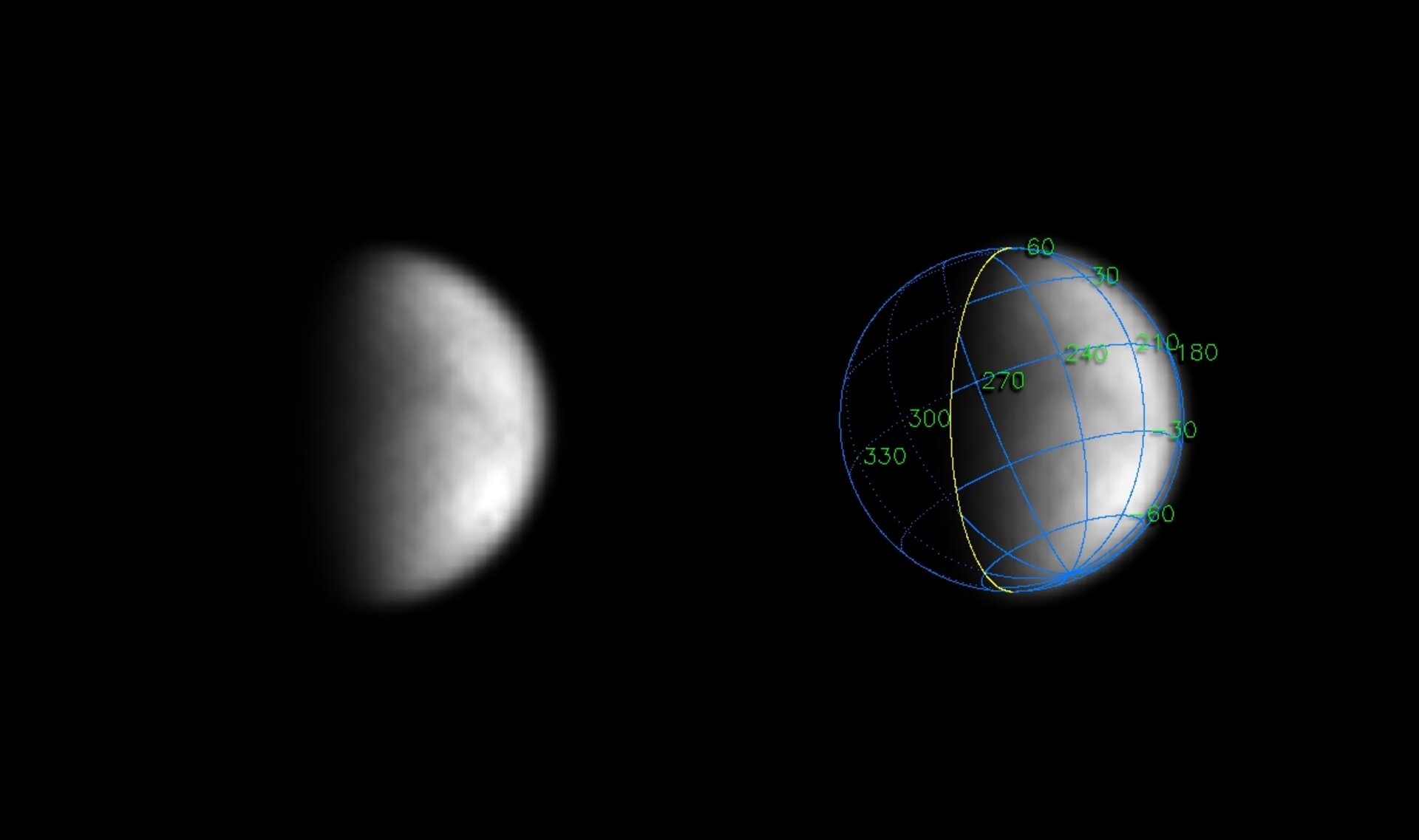 The spacecraft was 29.3 million kilometres (18.2 million miles) from Titan on 5 May 2004 when the image on the left was taken through one of the narrow angle camera's spectral filters (centered at 938 nanometres) specifically designed to penetrate the moon's thick atmosphere. The image scale is 176 kilometres (109 miles) per pixel, an improvement in resolution of 30% over the images released on 6 May. Cassini's view of Titan now surpasses Earth-based observations in its ability to show detail.

The image has been magnified 10 times using a procedure which smoothly interpolates between pixels to create intermediate pixel values, and has been enhanced in contrast to bring out details. The mottled pattern is an artifact of the processing. The larger scale brightness variations are real. No further processing to remove the effects of the overlying atmosphere has been performed.

The superimposed coordinate system grid in the accompanying image on the right illustrates the geographical regions of the moon that are illuminated and visible, as well as the orientation of Titan - north is up and rotated 25 degrees to the left. The yellow curve marks the position of the boundary between day and night on Titan.

This image shows about one quarter of Titan's surface, from 180 to 250 degrees West longitude, and overlaps part of the surface shown in the previous Cassini image release. (That release also included a map of relative surface brightness variations on Titan as measured from images taken with the Hubble Space Telescope.)