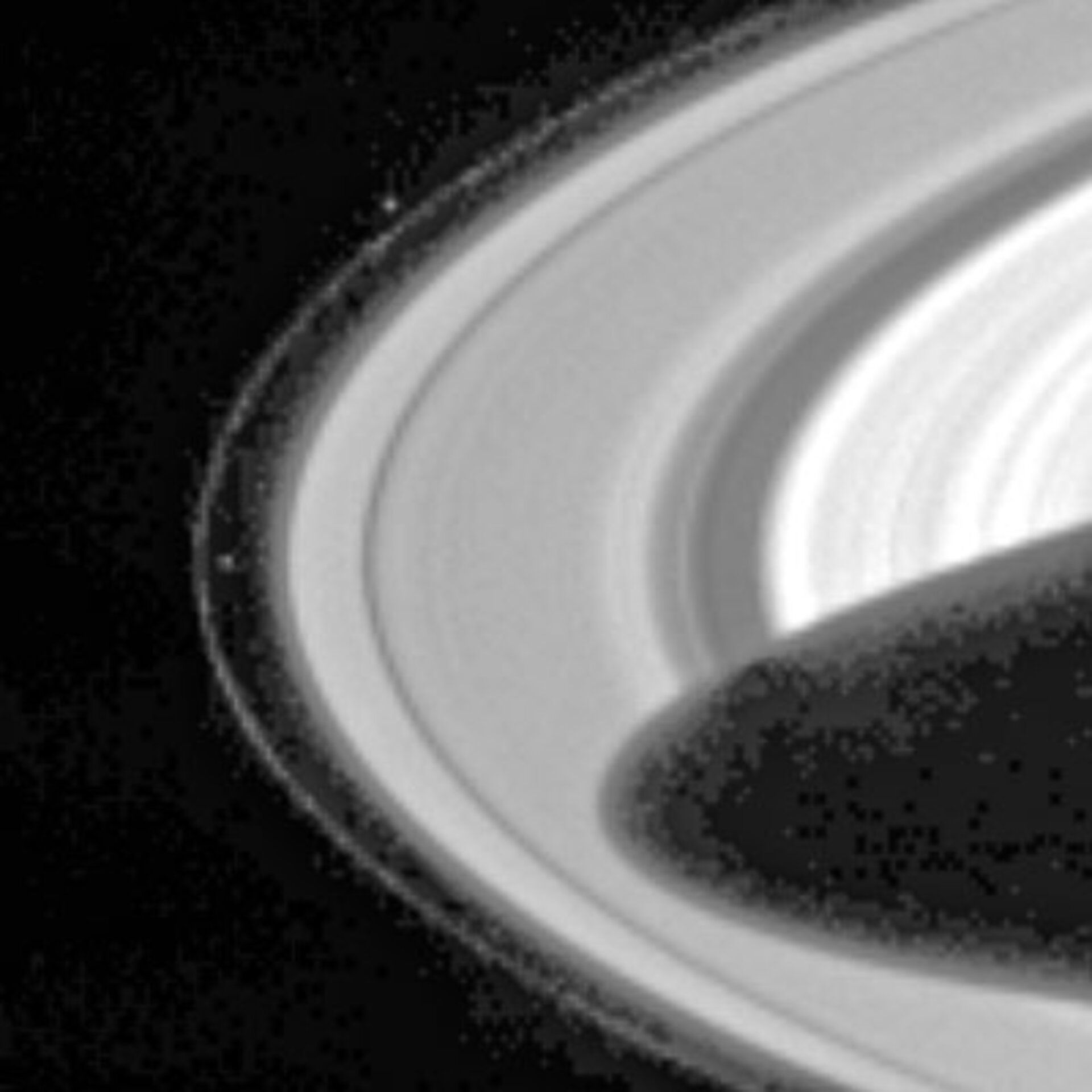 Cassini-Huygens has finally sighted the F ring shepherding moons, Prometheus and Pandora, whose unpredictable orbits both fascinate imaging scientists and wreak havoc on the F ring.

This narrow-angle camera image was snapped through the broadband green spectral filter, centred at 568 nanometres, on 10 March 2004 when the spacecraft was 55.5 million kilometres from the planet. Image scale is approximately 333 kilometres per pixel. Contrast has been greatly enhanced, and the image has been magnified to aid visibility of the moons as well as structure in the rings.

Prometheus (102 kilometres across) is visible left of centre in the image, interior to the F ring. Pandora (84 kilometres) appears above centre, exterior to the ring. The dark shadow cast by the planet stretches more than halfway across the A ring, the outermost main ring.

The mottled pattern appearing in the dark regions of the image is 'noise' in the signal recorded by the camera system, which has subsequently been magnified by the image processing.