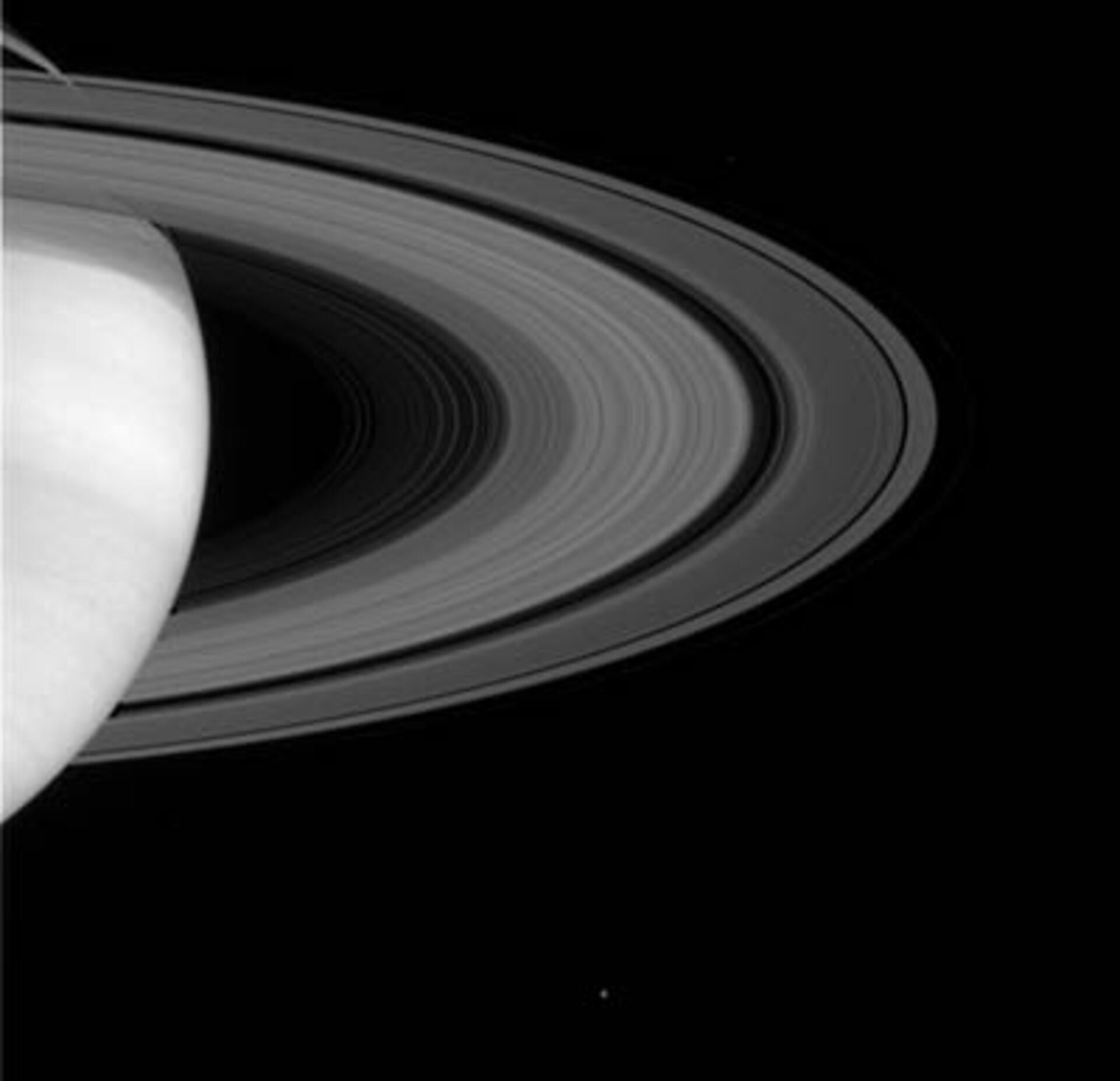 Saturn's magnificent rings show some of their intricate structure in this image taken on 11 May 2004, by the Cassini-Huygens narrow-angle camera. Although they appear to be solid structures, the rings are composed of millions of individual particles, each one orbiting the planet on its own path.