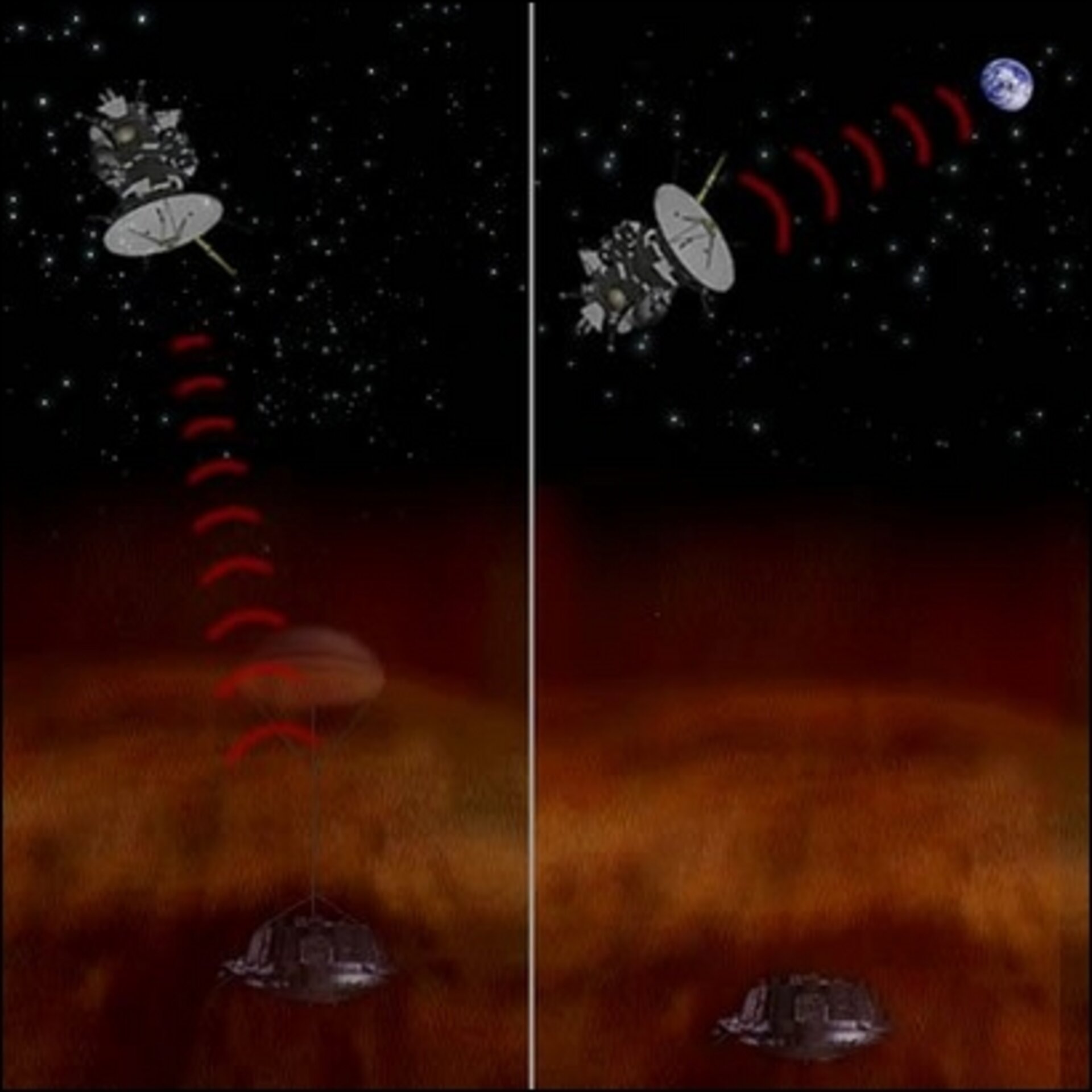 The Huygens probe will relay data to the Cassini orbiter which will later relay the data to Earth.