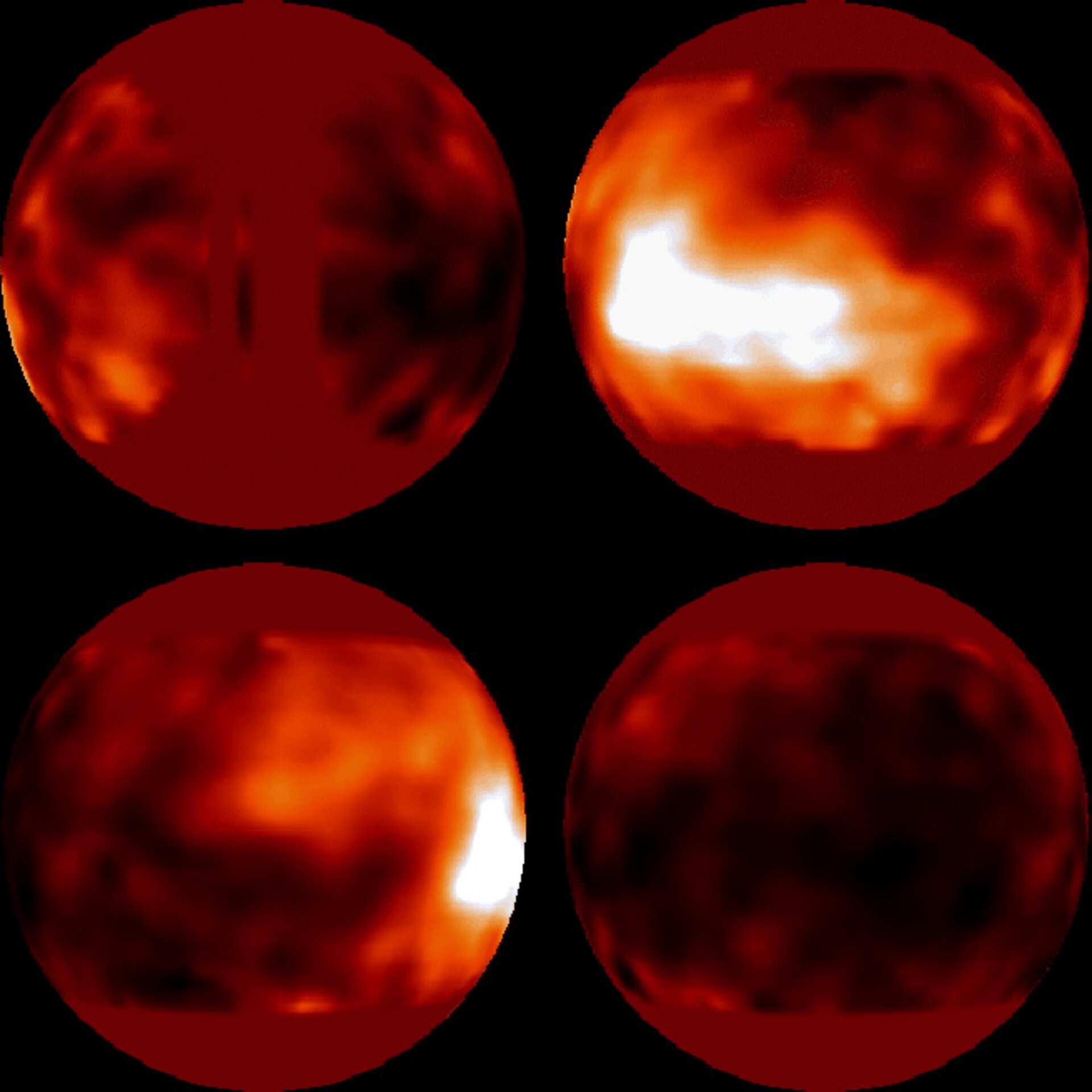 Titan's surface as seen by HST

Scientists for the first time have made images of the surface of Saturn's giant, haze-shrouded moon, Titan. They mapped light and dark features over the surface of the satellite during nearly a complete 16-day rotation. One prominent bright area they discovered is a surface feature 2,500 miles across, about the size of the continent of Australia.

Titan, larger than Mercury and slightly smaller than Mars, is the only body in the solar system, other than Earth, that may have oceans and rainfall on its surface, albeit oceans and rain of ethane-methane rather than water. Scientists suspect that Titan's present environment — although colder than minus 289 degrees Fahrenheit, so cold that water ice would be as hard as granite — might be similar to that on Earth billions of years ago, before life began pumping oxygen into the atmosphere.

The image reveals four global projections of the HST Titan data, separated in longitude by 90 degrees. Upper left: hemisphere facing Saturn. Upper right: leading hemisphere (brightest region). Lower left: the hemisphere which never faces Saturn. Lower right: trailing hemisphere. Not that these assignments assume that the rotation is synchronous. The imaging team says its data strongly support this assumption - a longer time baseline is needed for proof. The surface near the poles is never visible to an observer in Titan's equatorial plane because of the large optical path.