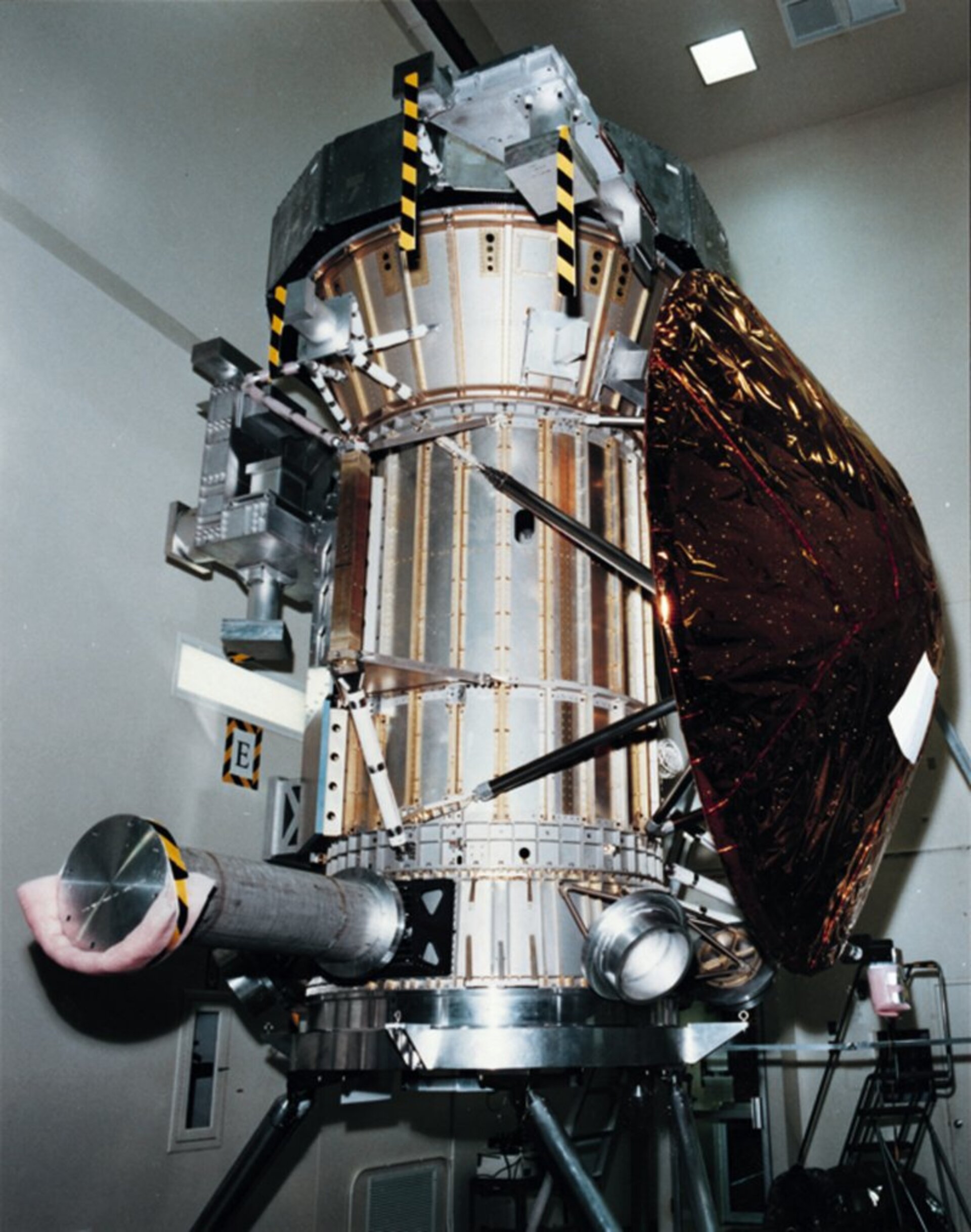 View of the Huygens probe mounted on Cassini, showing heatshield

Mechanical/structural models of ESA's Huygens Probe and NASA's Saturn orbiter were assembled at the Jet Propulsion Laboratory to test their structural and thermal performances. The gold-coloured blanket covering Huygens protects it from heat, cold and micrometeoroid impacts during the seven-year journey to Titan.

Cassini-Huygens is a joint NASA/ESA/ASI mission. NASA’s Cassini spacecraft will orbit Saturn for four years, making an extensive survey of the ringed planet. The ESA Huygens probe will be the first to land on a world in the outer Solar System - on the surface of Titan, Saturn’s largest moon. Data from Cassini and Huygens may offer clues about how life began on Earth.