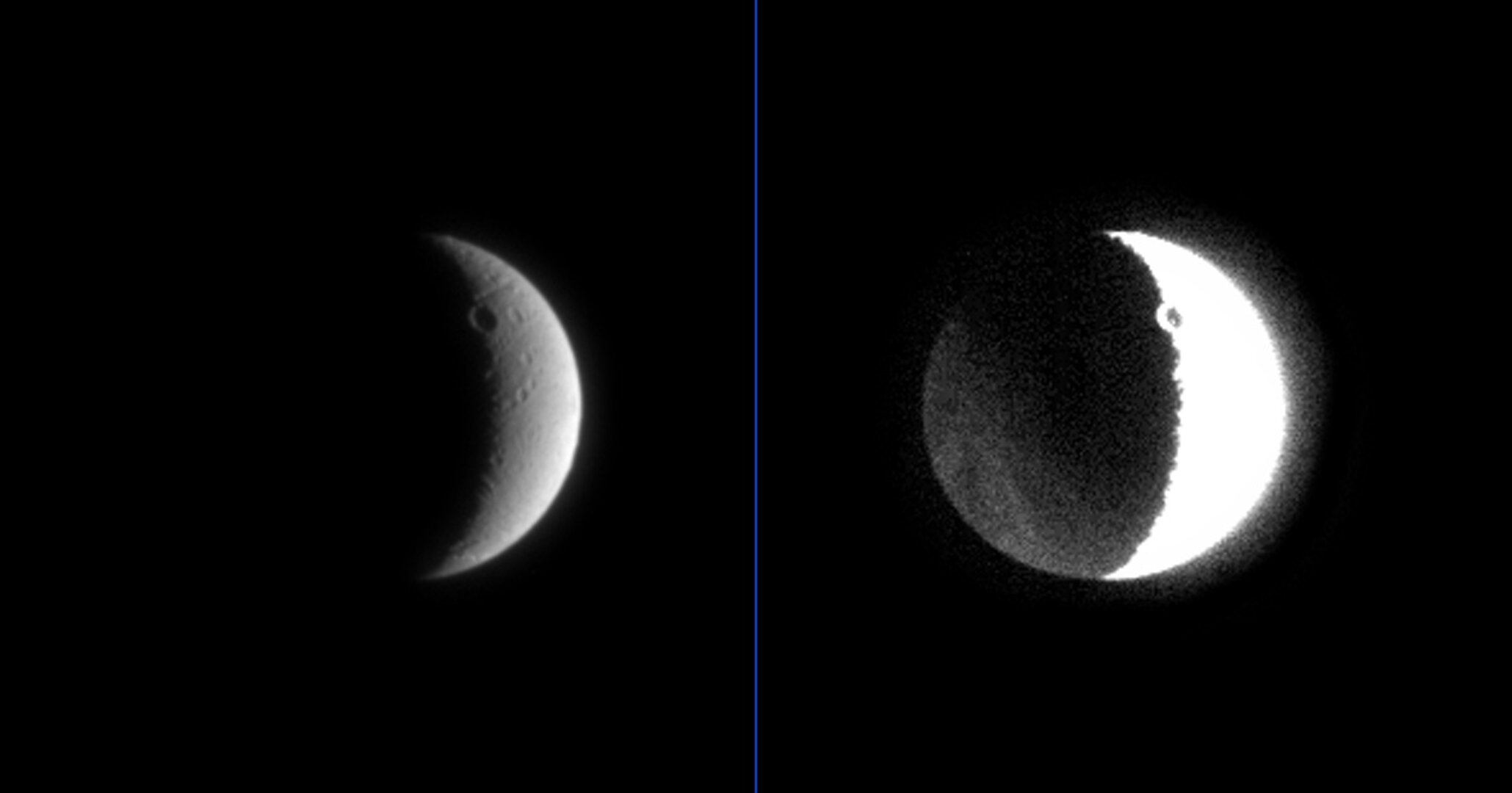 Dark side of Dione

The icy, cratered surface of Saturn's moon Dione shows more than just its sunlit side in these two processed versions of the same image.


The view on the left, with only mild enhancement, shows a romantic crescent with large craters visible. The contrast in the version at the right has been greatly enhanced to show the side of Dione lit faintly by reflected light from Saturn.

The image was taken with the Cassini-Huygens spacecraft narrow-angle camera on 2 July 2004, from a distance of about 1.4 million kilometres from Dione. The image scale is 8 kilometres per pixel. Dione's diameter is 1118 kilometres across. The images have been magnified by a factor of two to aid visibility.