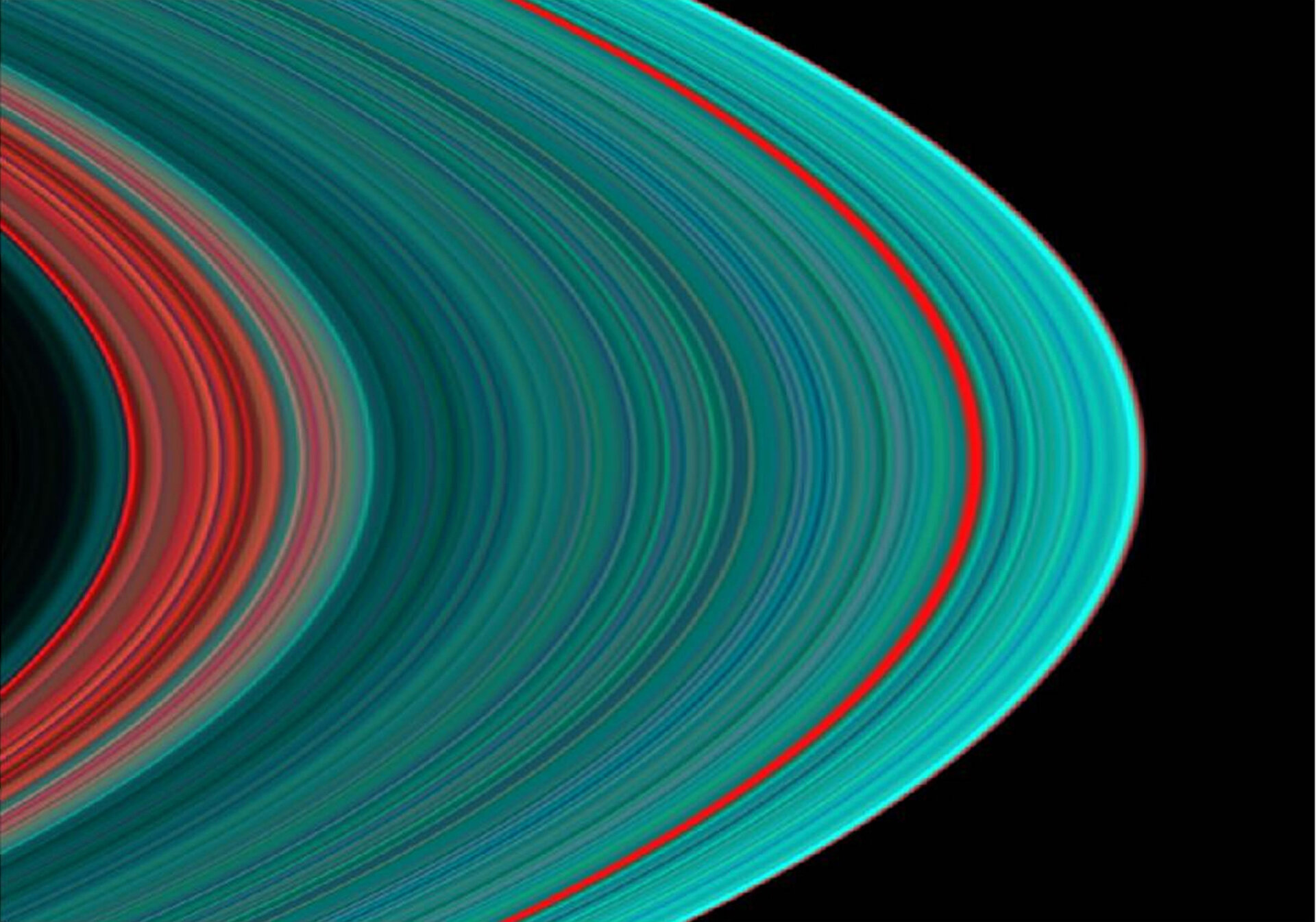 The A ring in ultraviolet

From the inside out, the 'Cassini division' in faint red on the left is followed by the A ring in its entirety. The A ring begins with a 'dirty' interior of red followed by a general pattern of more turquoise as it spreads away from the planet, which indicates denser material made up of ice. The red band, roughly three-quarters of the way out in the A ring, is known as the 'Encke Gap'.