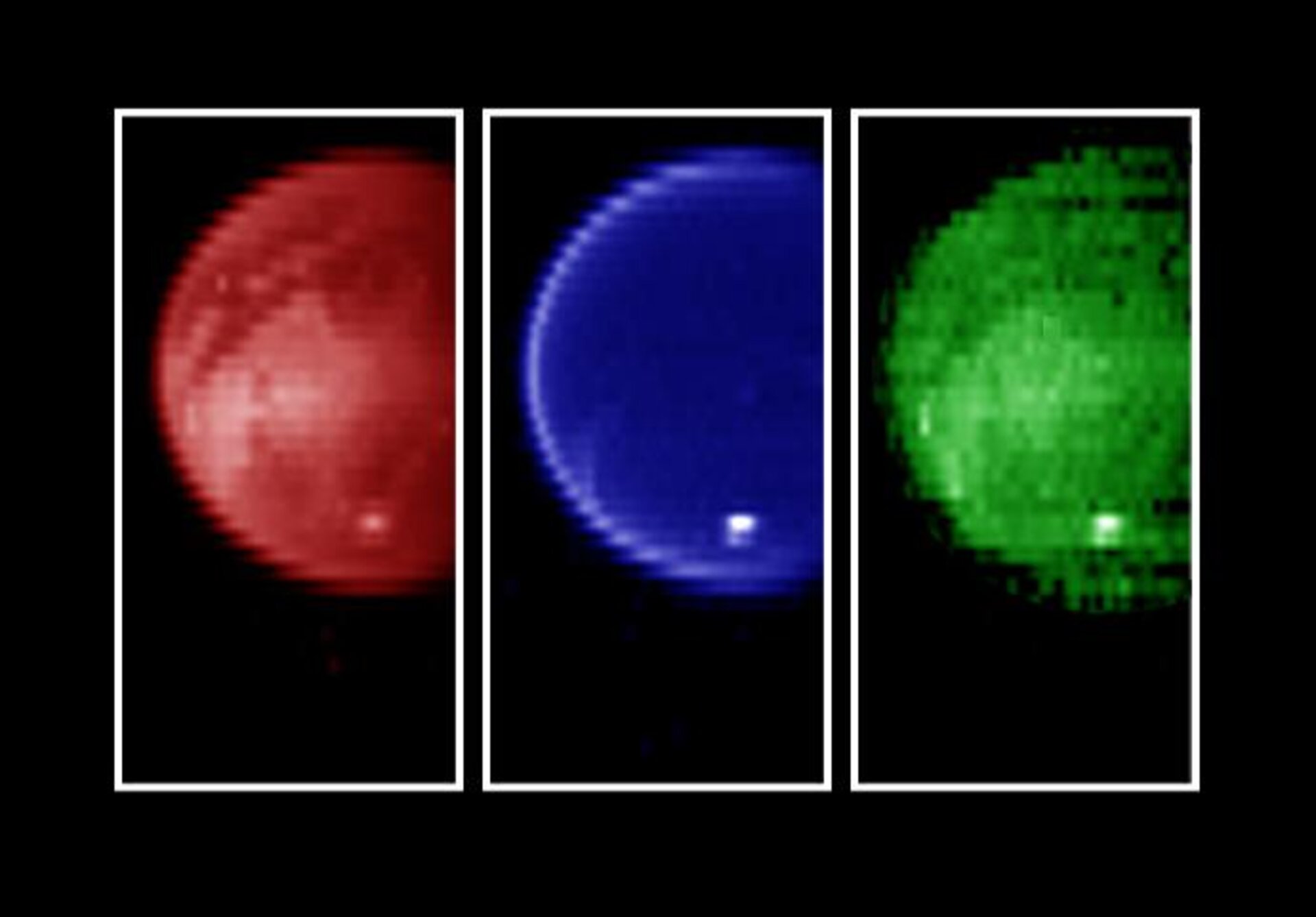 Titan - Infrared views of the surface at three wavelengths

Piercing the layer of smog enshrouding Titan, this image from the Cassini-Huygens spacecraft reveal an exotic surface covered with a variety of materials in the southern hemisphere.
Using near-infrared light, these images reveal the surface with unusual clarity. The left image shows a variety of surface features at a wavelength of 2.0 micrometres. The darker areas are possibly regions of relatively pure water ice, while the brighter regions likely have a much higher amount of non-ice materials such as simple hydrocarbons. The middle image measured at a wavelength of 2.8 micrometres shows a very dark surface almost everywhere, as expected for a surface of water ice and simple hydrocarbons. The image on the right, taken at 5.0 micrometres, is similar to the left image, indicating dark icy regions and brighter hydrocarbon-rich materials. A bright cloud of methane particles is apparent in all three images near the south pole. Its persistence over an extensive range of colour wavelengths indicates that these cloud particles are large compared to the typical haze particles surrounding the moon, suggesting a dynamically active atmosphere near the south pole. Colour was used to enhance the various wavelengths.