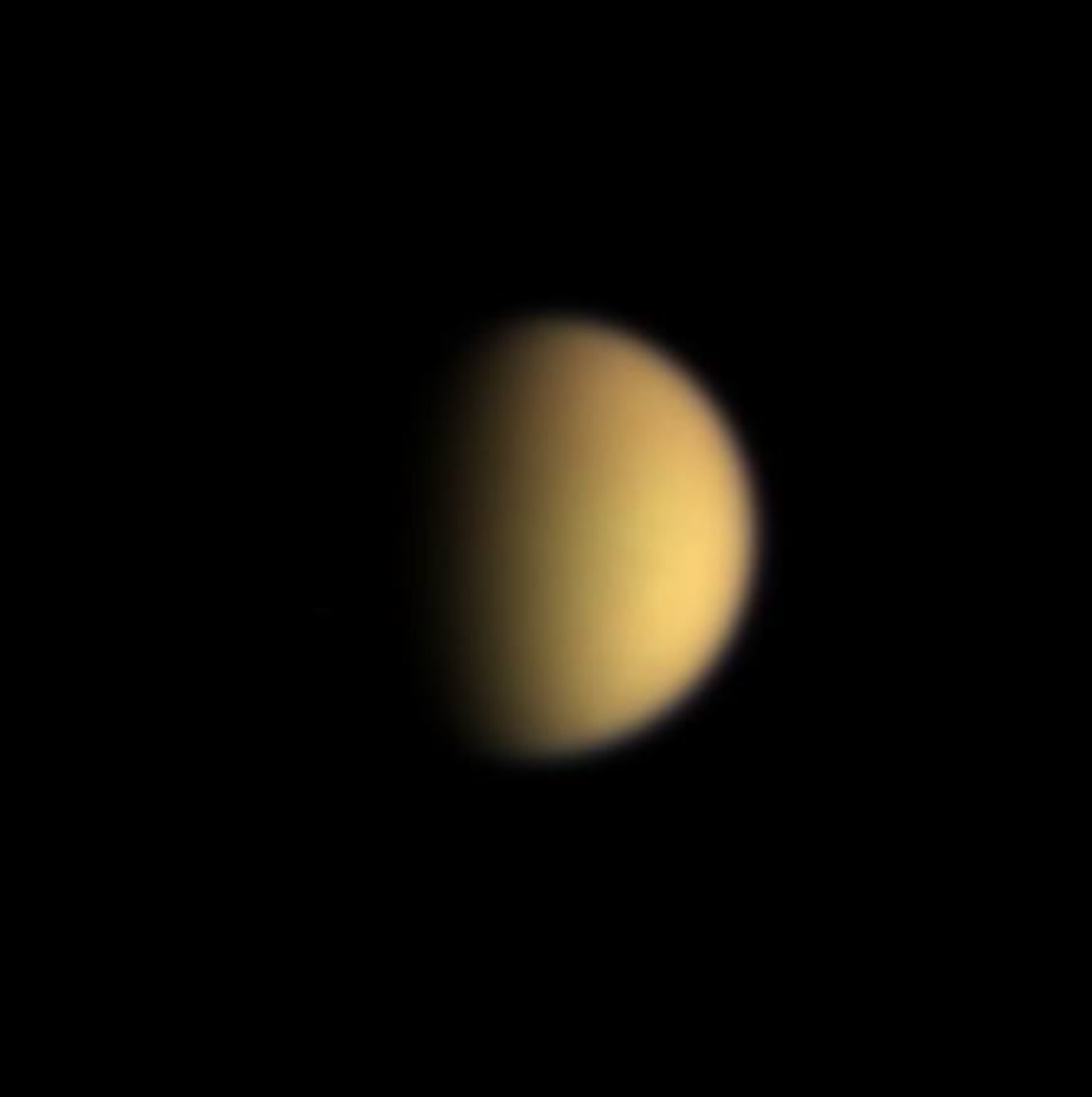 Despite the views of Saturn's moon provided recently by the Cassini-Huygens spacecraft, the surface of Titan still remains indiscernible to the human eye. Images taken with the narrow-angle camera using red, green and blue colour filters were combined to create this view.

The Cassini orbiter carries specially designed spectral filters that can pierce this veil of smog. Furthermore, its piggybacked Huygens probe will descend through the atmosphere in early 2005, giving a close-up look at this mysterious moon.