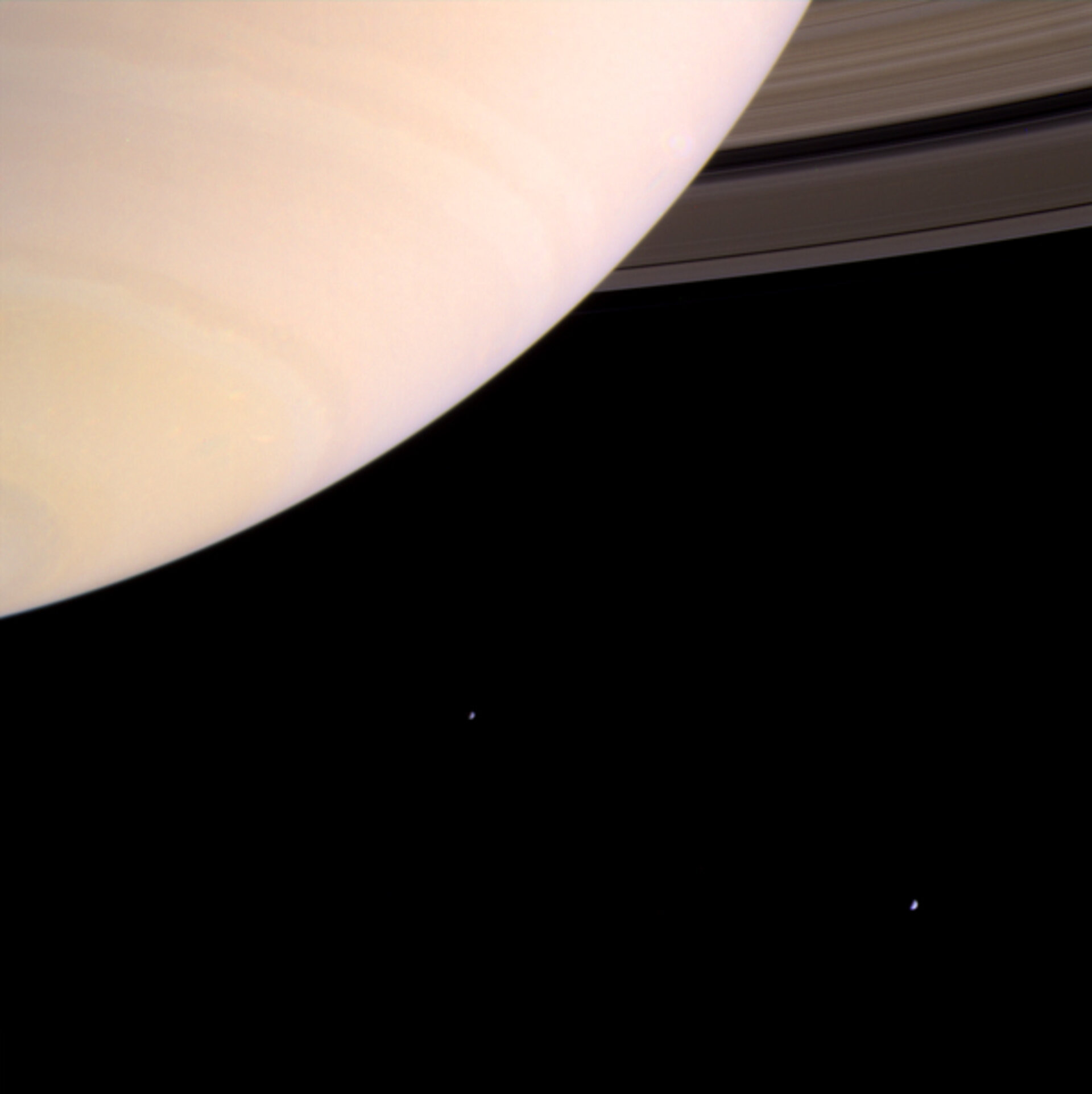 Saturn's atmosphere is prominently shown with the rings emerging from behind the planet at upper right. The two moons on the left of the image are Mimas and Enceladus.