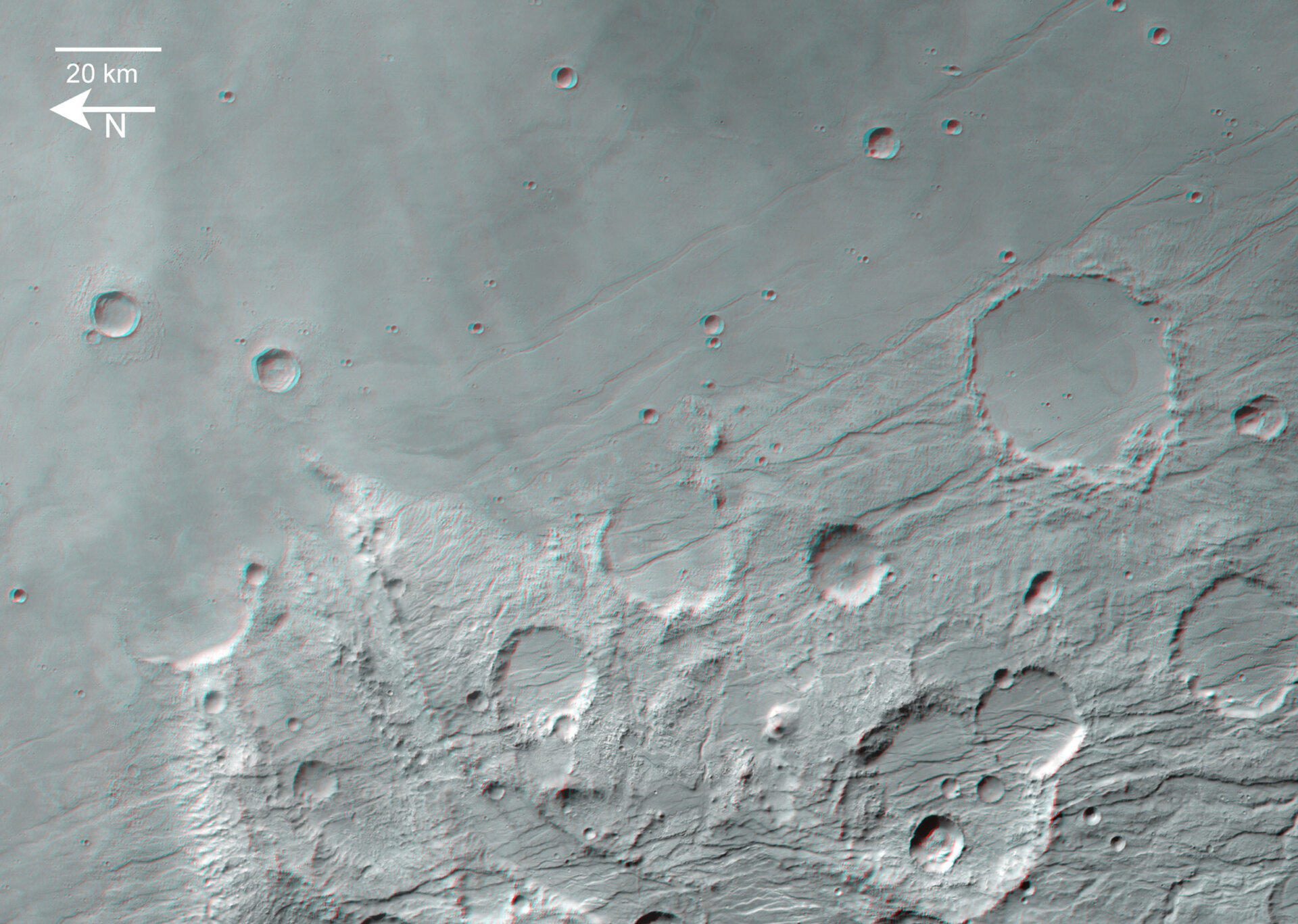 This 3D image was taken by Mars Express during orbit 508 on 13 June 2004 with a ground resolution of approximately 40 metres per pixel.