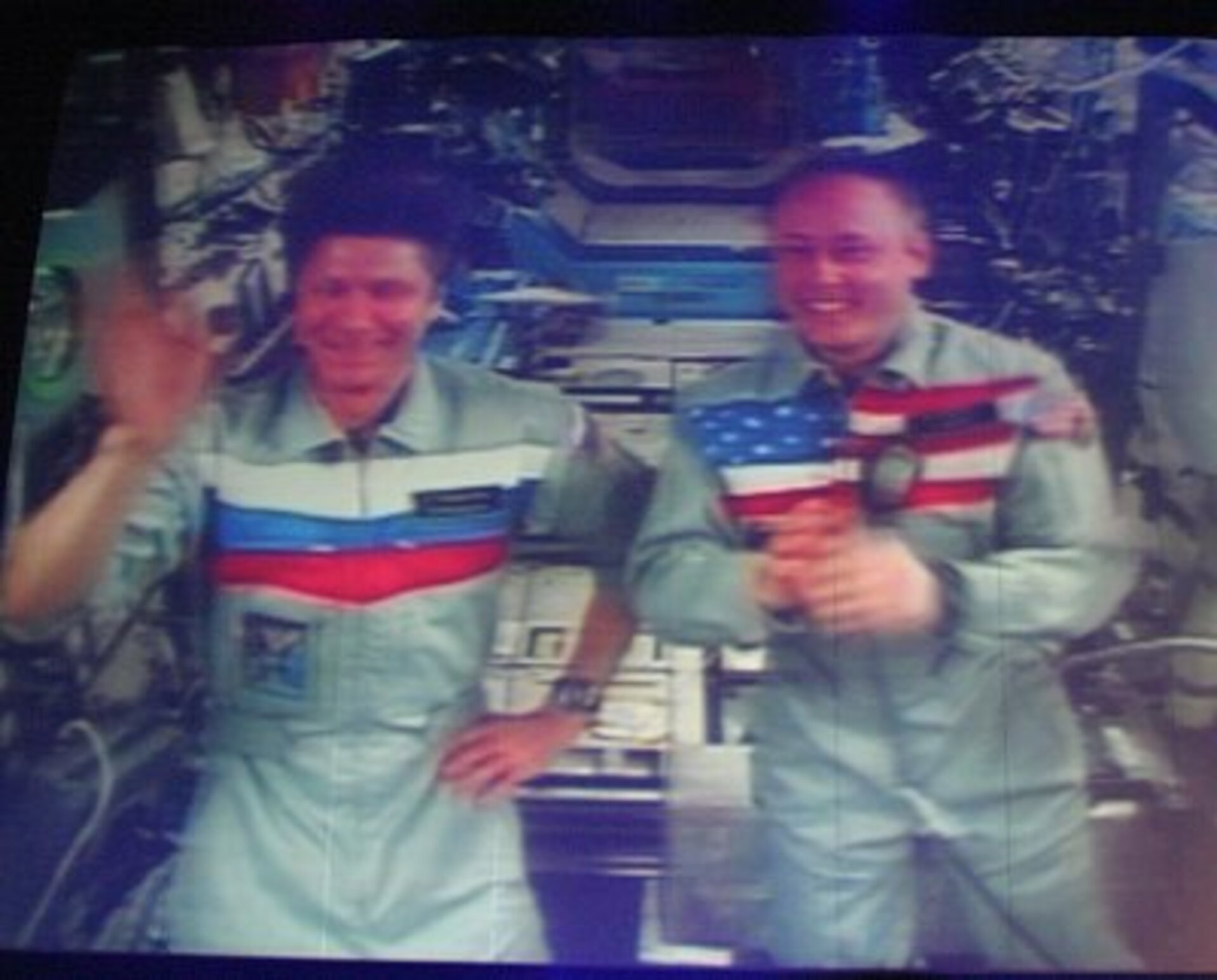 Expedition Nine joined the Cologne audience live from the ISS

On Friday 17 September 2004, five thousand people experienced life as an astronaut during the 'Night of the astronauts' at the KölnArena in Cologne, Germany. For one night only, twelve members of the European Astronaut Corps brought space to Earth.

Gennadi Padalka and Mike Fincke - the Expedition Nine crew, who have been on board the Station since the flight of ESA astronaut André Kuipers in April this year - checked in with the Cologne audience via a live satellite link-up.