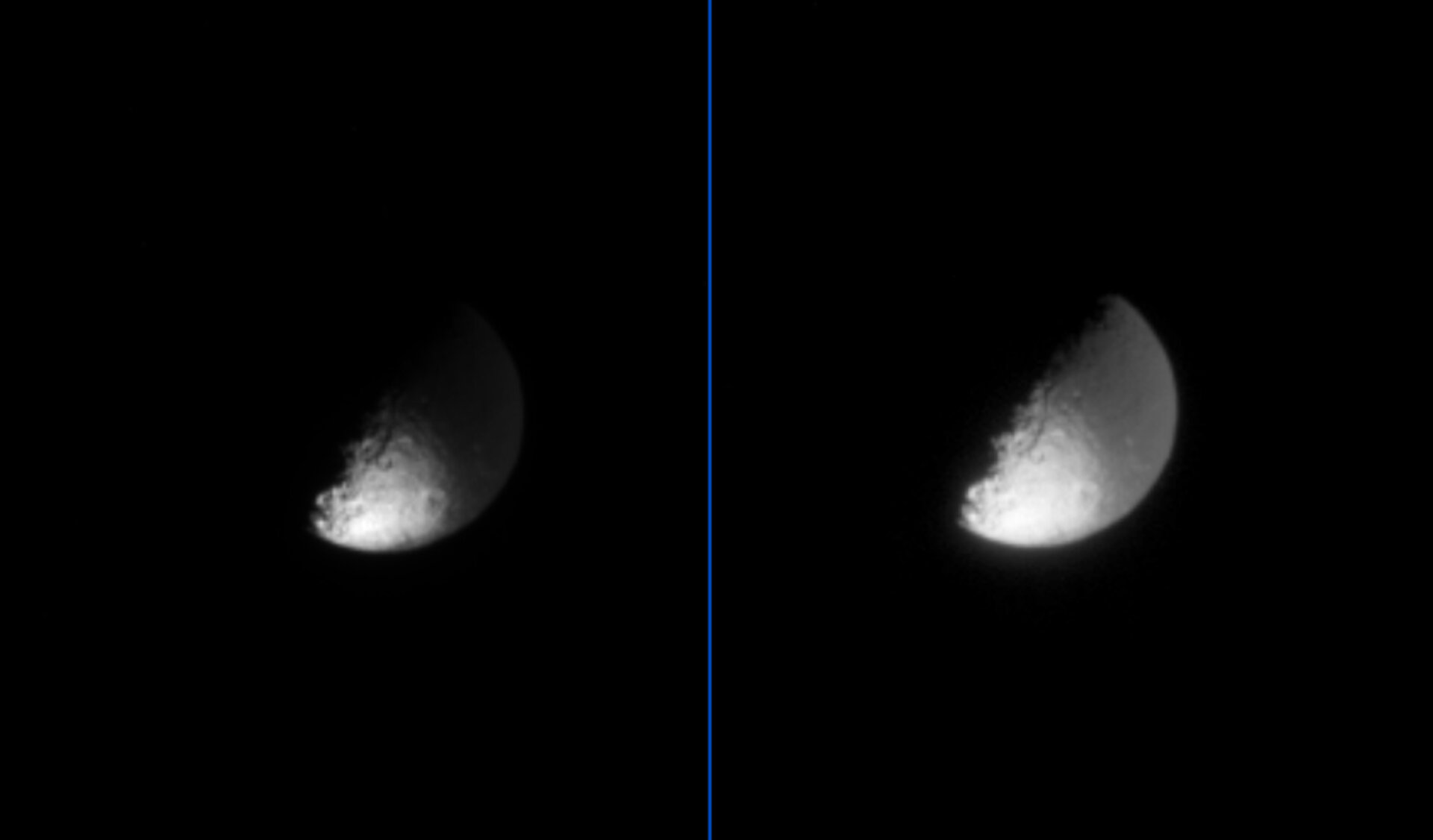 The dark material that coats one hemisphere of Saturn's moon Iapetus is very dark, as these two processed views of the same image demonstrate.

The image on the left has been cleaned of cosmic rays and magnified; in this otherwise unenhanced view, only a small part of the moon's surface, at the bottom, is visible because it is part of the bright side of Iapetus (only the right hand side of Iapetus is illuminated by sunlight).


The same image, shown on the right, has been contrast-enhanced to make visible the part of the illuminated side of Iapetus that is coated with dark material.

The image was taken in visible light, with the NASA/ESA/ASI Cassini-Huygens spacecraft narrow-angle camera on 19 July 2004, from a distance of 2.9 million kilometres from Iapetus. The image scale is 17 kilometres per pixel. The image has been magnified by a factor of four to aid visibility.