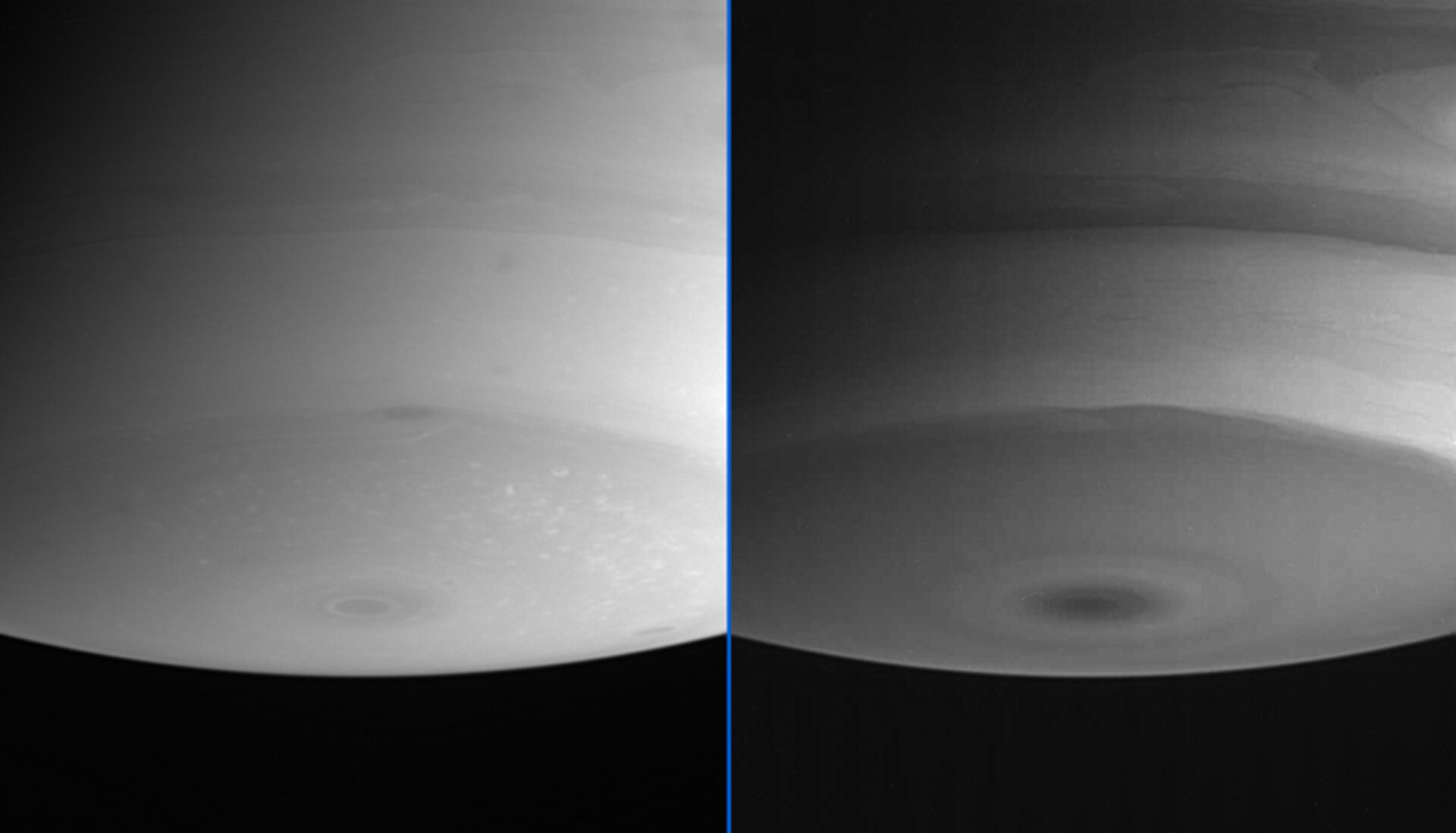 These two images, taken at about the same time, demonstrate the amazing ability of Cassini-Huygens's cameras to probe the different layers in Saturn's atmosphere.

While many basic details in the atmosphere are present in both images, a number of subtle details are different. Flecks of bright cloud and a few dark ovals can be seen in the image at left, while at right the contrast between the swirling light and dark bands is most apparent.

The images were taken with the NASA/ESA/ASI Cassini-Huygens spacecraft narrow-angle camera on 24 July 2004, at a distance of 6.9 million kilometres from Saturn. The image scale is 41 kilometres per pixel. Contrast was slightly enhanced to bring out features in the atmosphere.