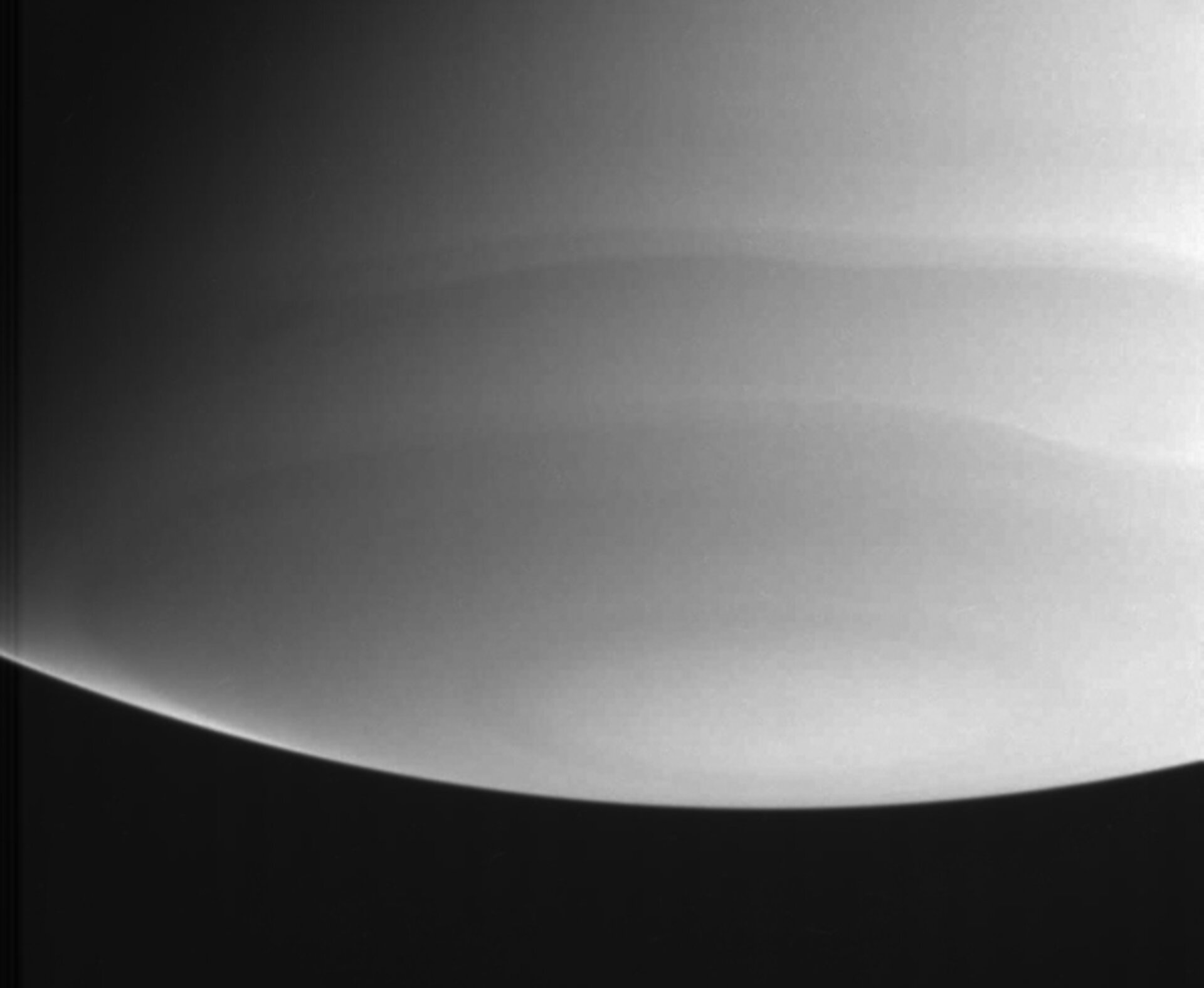 This ultraviolet view shows wavy cloud bands near Saturn's south polar region. Though the region has some visible features, strong contrast between light and dark cloud bands is notably absent, as are bright and dark spots.

The eye is drawn to a bright wedge near the lower-left limb (apparent edge) of the planet. That wedge falls in a latitude band that borders a darker latitude band a little closer to the pole. Viewing the limb of the planet in ultraviolet light allows scientists to study the high part of the atmosphere (the stratosphere).

Scientists can discern from this image that the stratosphere in this latitude band is relatively pure hydrogen and helium and contains very little of the stratospheric haze that causes darkening closer to the pole.

This view was taken by the NASA/ESA/ASI Cassini-Huygens spacecraft narrow-angle camera on 21 July 2004, from a distance of 6.4 million kilometres from Saturn. The image scale is 38 kilometres per pixel. The image was taken using a spectral filter centred at 298 nanometres, and reveals different details in the gas giant's atmosphere than those seen in longer wavelengths. Contrast was slightly enhanced to bring out features in the atmosphere.