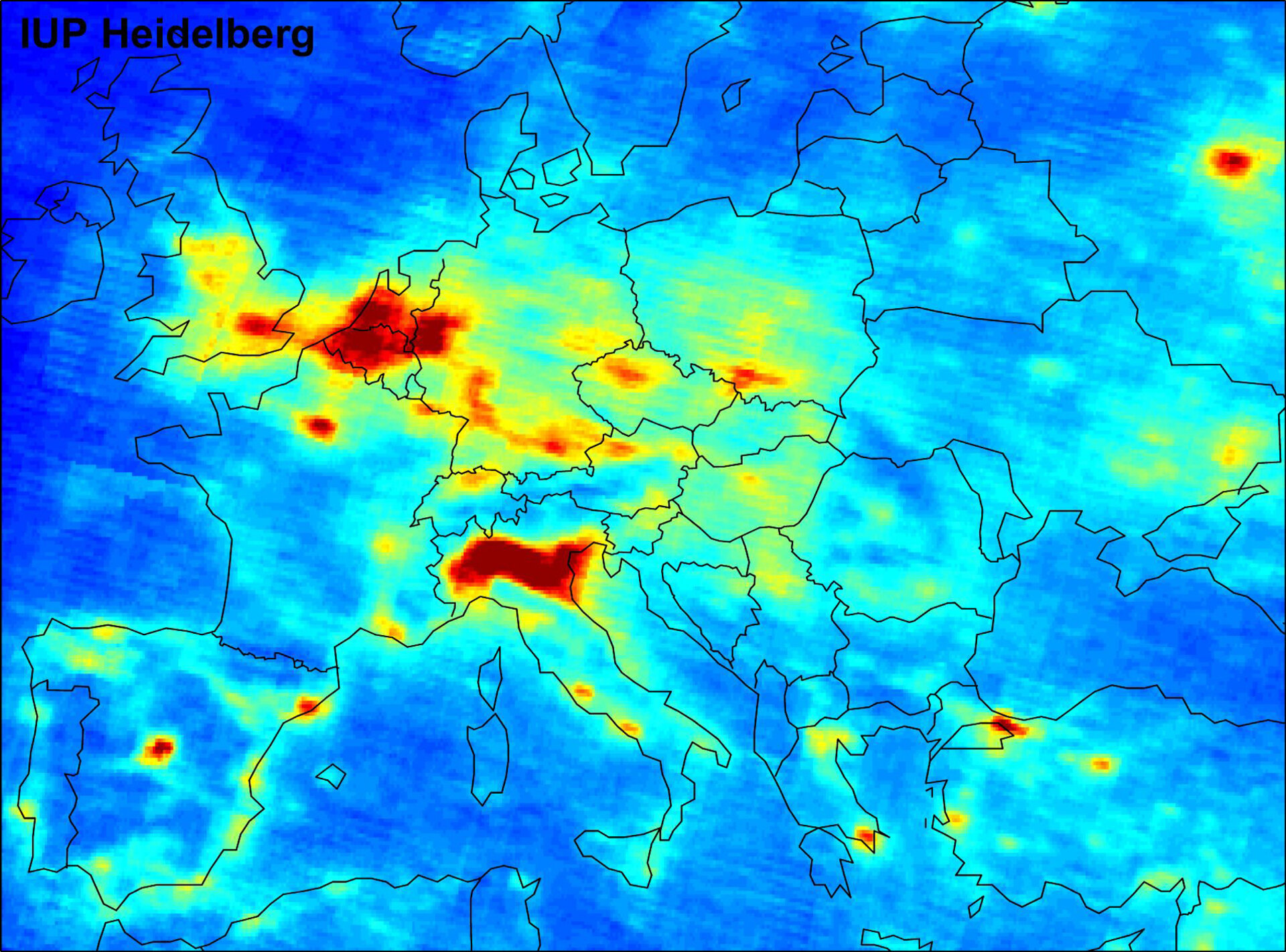 NO2 levels over Europe - zoom for detail

A detail from the earlier image shows the European mean tropospheric nitrogen dioxide (NO2) vertical column density (VCD) between January 2003 and June 2004, as measured by the SCIAMACHY instrument on ESA's Envisat. The scale is 1015 molecules/cm-2. Image produced by S. Beirle, U. Platt and T. Wagner of the University of Heidelberg's Institute for Environmental Physics.