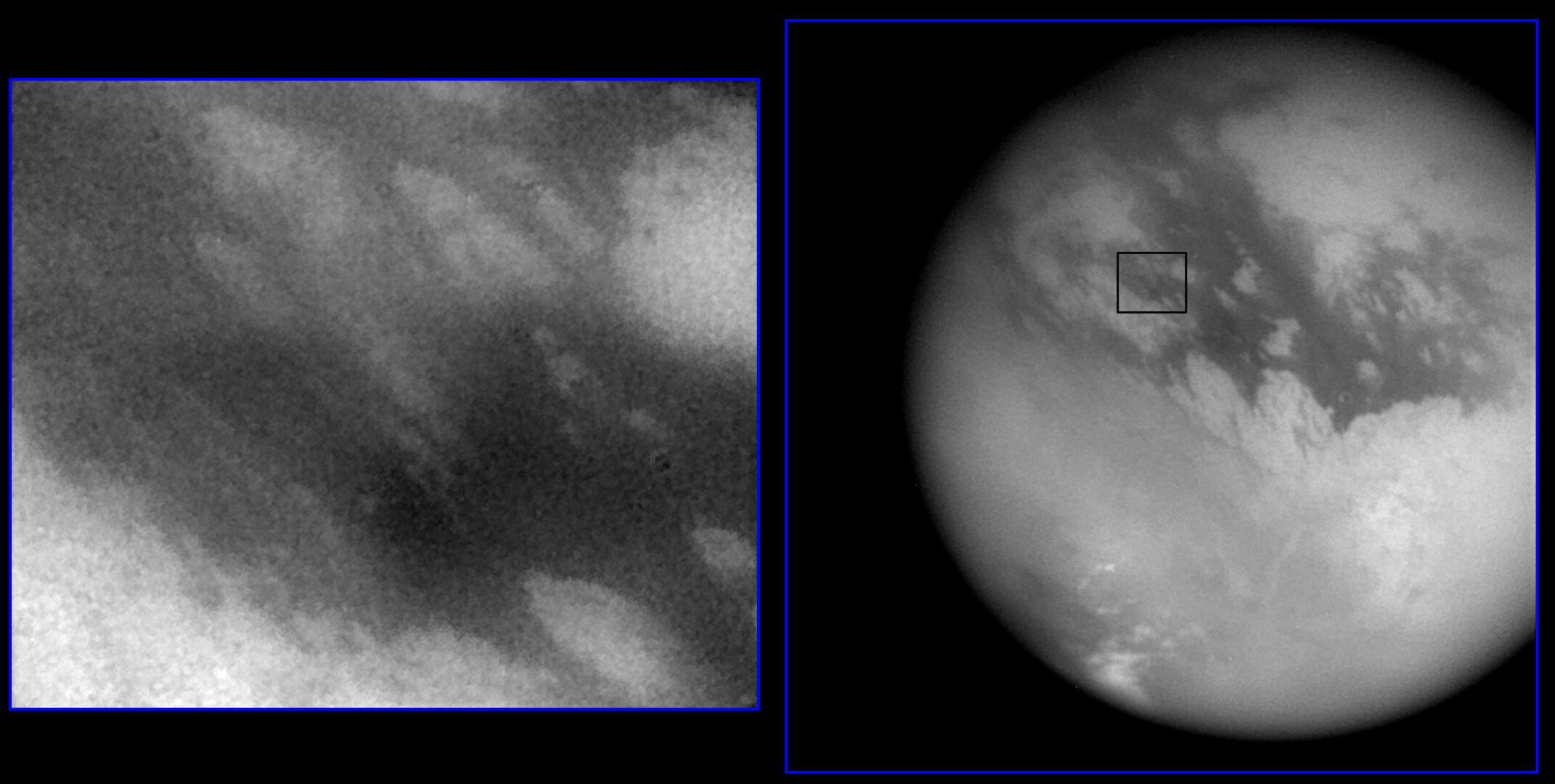 Shown here are two images of the expected 'touchdown' site of ESA's Huygens probe (latitude 10.6 deg S, longitude 191 deg W). At right is a wide-angle image showing most of Titan's disc, with a scale of 10 kilometres per pixel. At left is a narrow-angle image of the landing site at a scale of 0.83 kilometres per pixel (location shown by black box at right). North is tilted about 45 degrees from the top of both images. The surface has bright and dark markings with a streamlined pattern consistent with motion from a fluid, such as the atmosphere, moving from west to east (upper left to lower right). The image at left is 400 kilometres wide. Both images were taken by the Cassini-Huygens Imaging Science Subsystem through near-infrared filters.