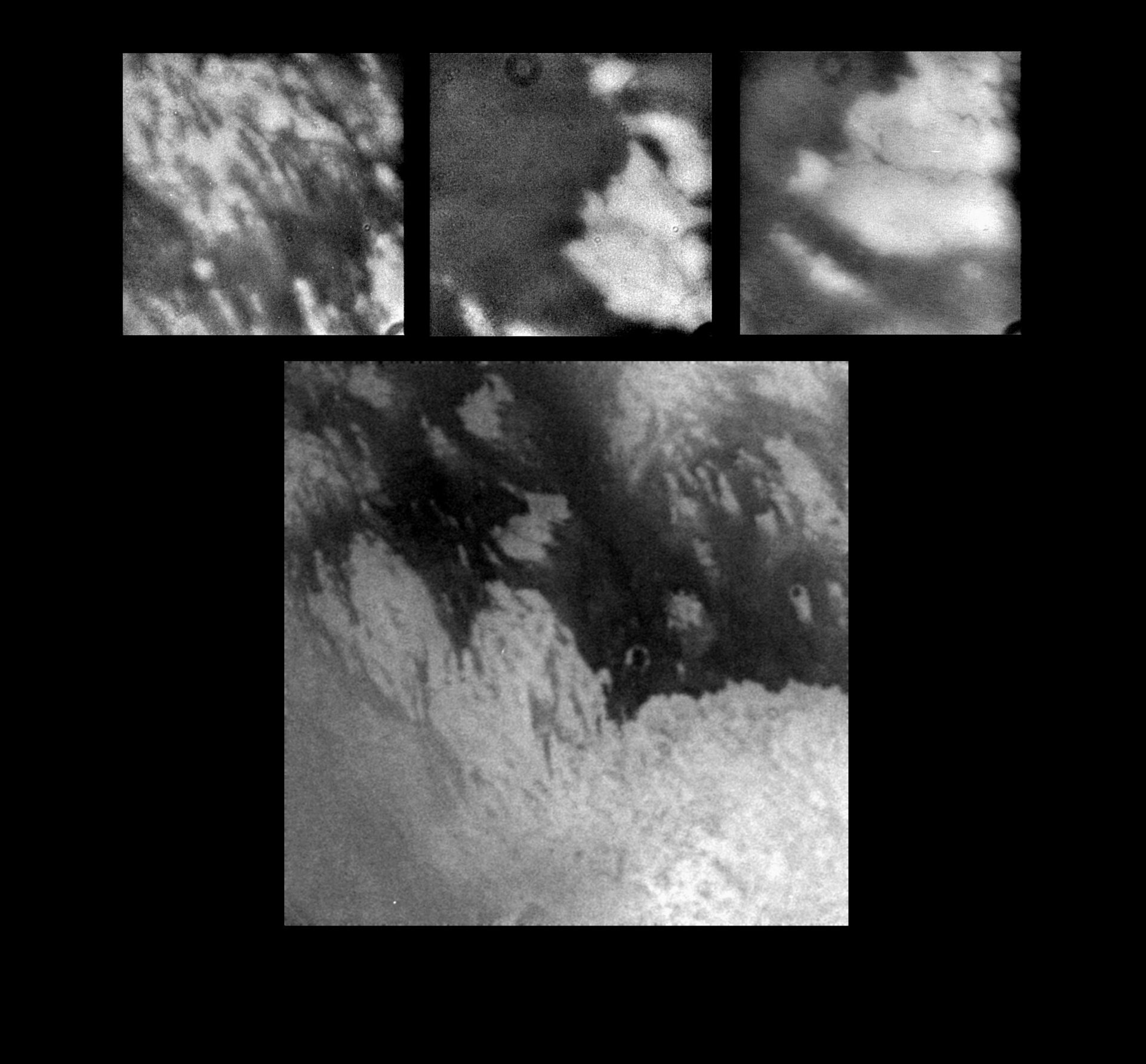 The large, bottom image shows a complex interplay between dark and bright material on Titan's surface. This image was taken at a range of about 340 000 kilometres, and the entire view is approximately 2000 kilometres across. The surface appears to have been shaped by multiple geological processes. Although a few circular features can be seen, there are no features that can be definitively identified as impact craters. Cassini scientists are studying these and other images acquired during the fly-by to understand the nature and origins of the intriguing features.

The three smaller images show details of some of the features seen within the larger scene. The image on the upper right shows a scene approximately 500 kilometres across in which bright and dark bands of material span east to west. The upper middle and upper right images show bright material surrounded by dark material in scenes approximately 300 kilometres across. Very narrow, dark bands can be seen crossing the bright terrain. These features are approximately 2 kilometres across and up to a few hundred kilometres long. The dark circular feature that appears at the top of each of the upper images is a camera artifact that was not removed by the preliminary image processing.

The tops of the images point to the north-west. The Sun is illuminating Titan from nearly behind the spacecraft, and there are no shadows or topographic shading visible in these images. All shading is due to surface brightness contrasts. The images were captured by the Cassini-Huygens Imaging Science Subsystem through near-infrared filters.