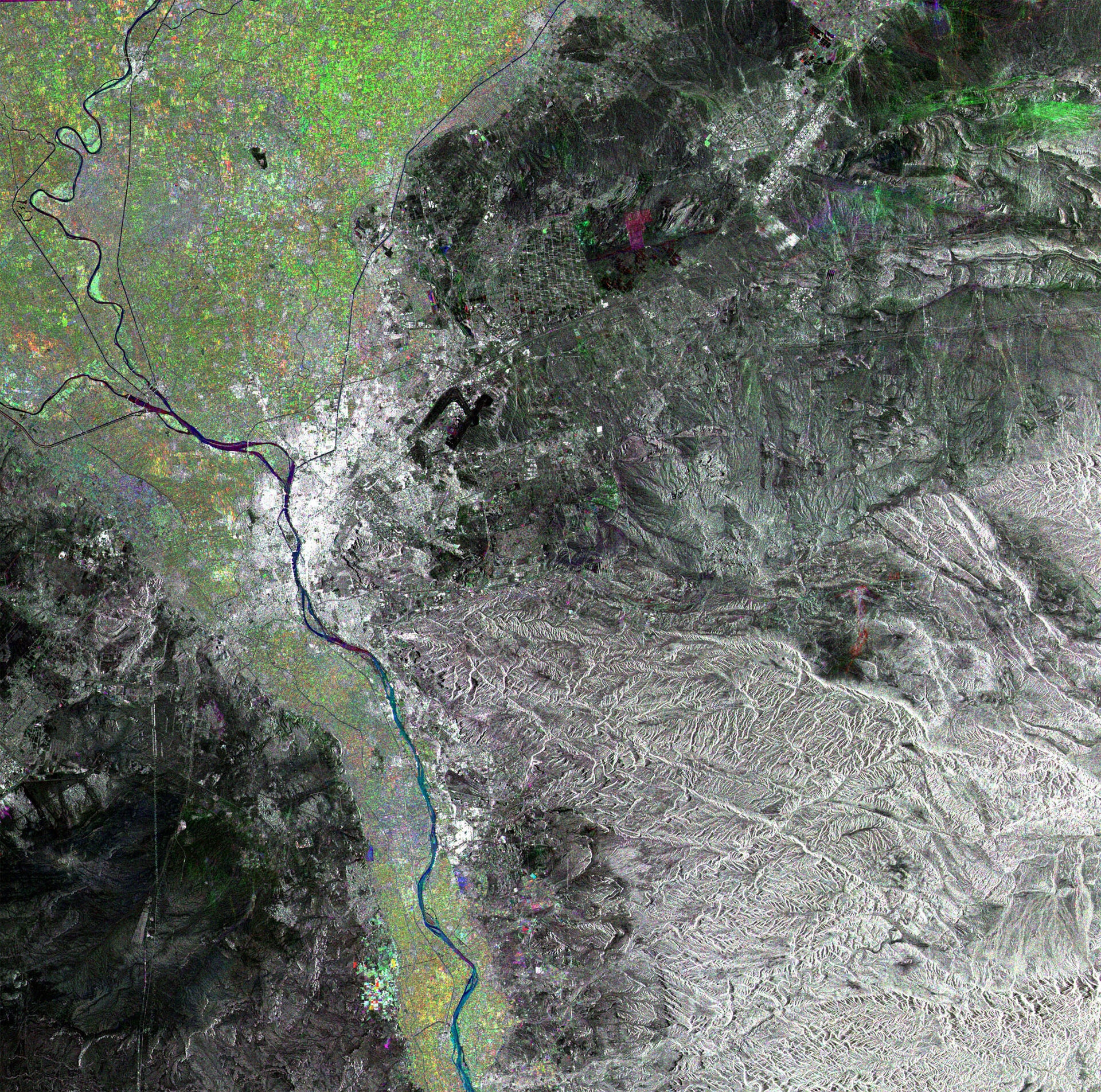 Cairo and the Nile Delta, Egypt

This multi-coloured composite Envisat radar image is focused over Egypt's capital city of Cairo, and shows the Nile running from south to north.

Cairo has an overall metropolitan area population of 15 million. It is the largest city in Africa and the thirteenth largest city in the world. Also visible is Cairo International Airport, to the northeast of the city – visible as two thick black lines.

West of Cairo's southwest suburb of Giza are found the trio of Egypt's famous pyramids, the Great Pyramid of Khufu or Cheops, the Khafre Pyramid and the Menkaure Pyramid. These show a visible radar signature looking at the image in full-size mode.

The image highlights the fertile territories of the region, with green representing vegetation growth occurring during the winter season. Growth is concentrated in particular along the valley of the River Nile and the Nile Delta, located in the top left segment of the image. The Delta is an important agricultural region supporting a dense population.

Radar images measure surface roughness rather than reflected light. The colour in the image comes from the fact that this is actually a combination of three Envisat Advanced Synthetic Aperture Radar (ASAR) wide swath mode precision images, and is used to highlight changes occurring between acquisitions. A colour is assigned to each date of acquisition: red for 7 June 2004, green for 20 November 2003 and blue for 8 April 2004, with a spatial resolution of 12.5 metres.