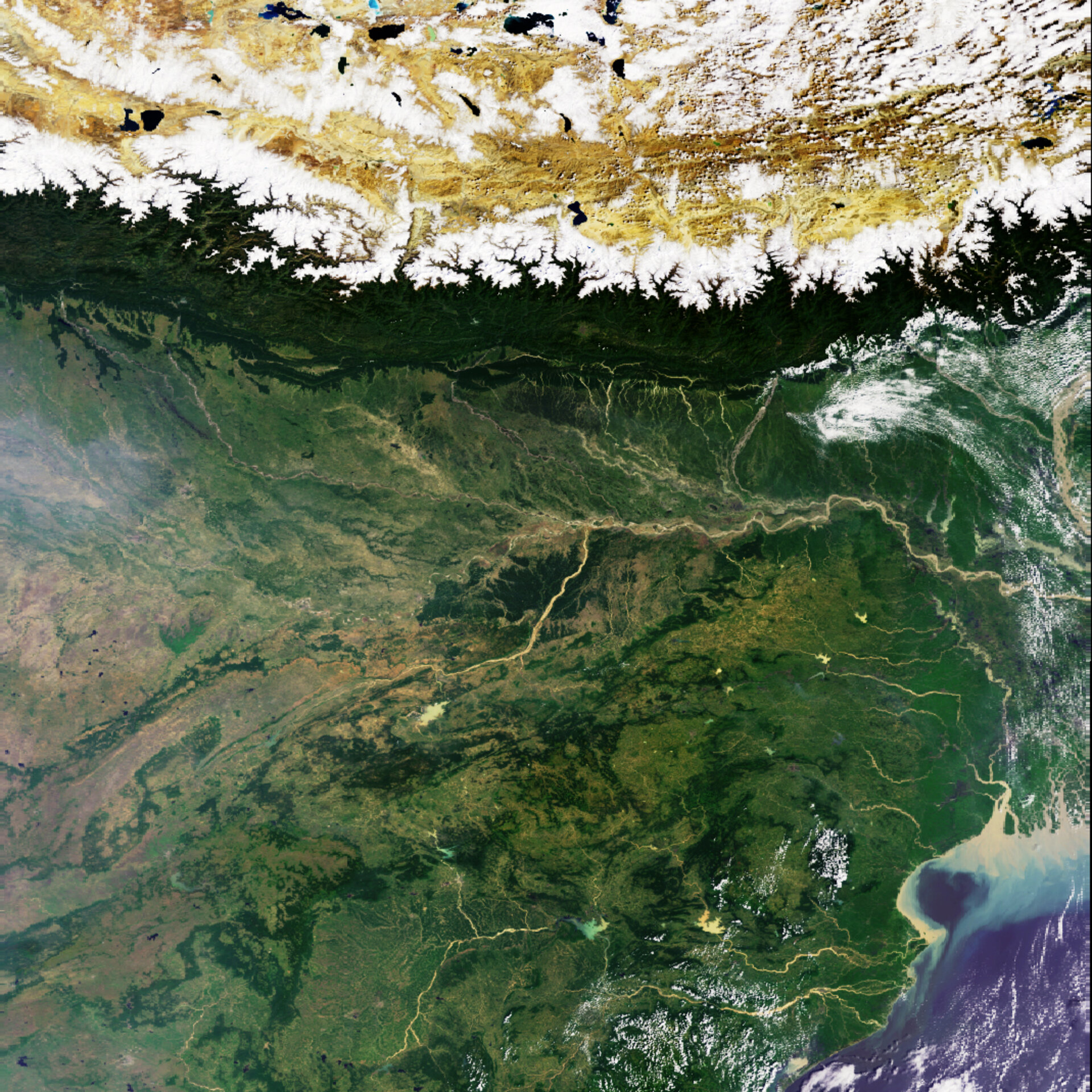 Envisat's MERIS image over the Himalayas

This Envisat Medium Resolution Imaging Spectrometer (MERIS) reduced resolution image was acquired on 16 October 2004 along the southern rim of the Himalayas defining the edge of the Tibetan Plateau.

Nepal and Buthan are situated just south to the snowcapped peaks, dark green area. Even further southward are located the plains of Bangladesh and India.

The principal river running through the plains from India to Bangladesh is the Ganges river. Also visible near the centre of the image are two major affluents of the Ganges River,
the Ghaghara running down from the Himalayas and the Son.

The difference in height between the highest peaks and the plains can be more than 8000m on this image. One of the white peaks is Mount Everest (in Tibetan Qomolangma meaning 'mother of the universe') which at 8850 metres high is the highest mountain in the world.