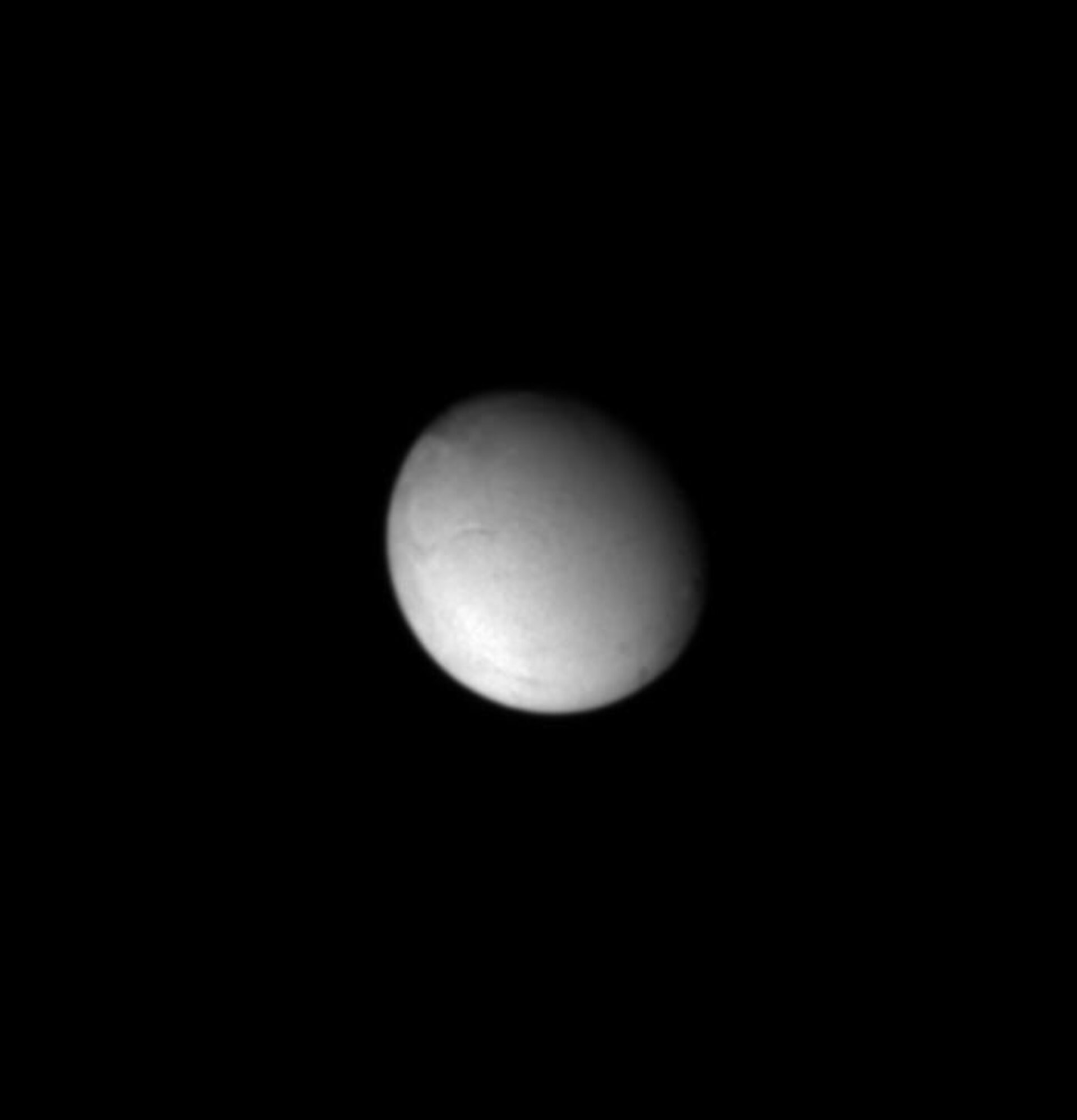 This Cassini-Huygens image shows the trailing hemisphere of Enceladus, which is the side opposite the moon's direction of motion in its orbit. Enceladus is 499 kilometres across.

The image was taken in visible light with the Cassini spacecraft narrow-angle camera on 27 October 2004, at a distance of about 766 000 kilometres from Enceladus. The image scale is 4.6 kilometres per pixel.