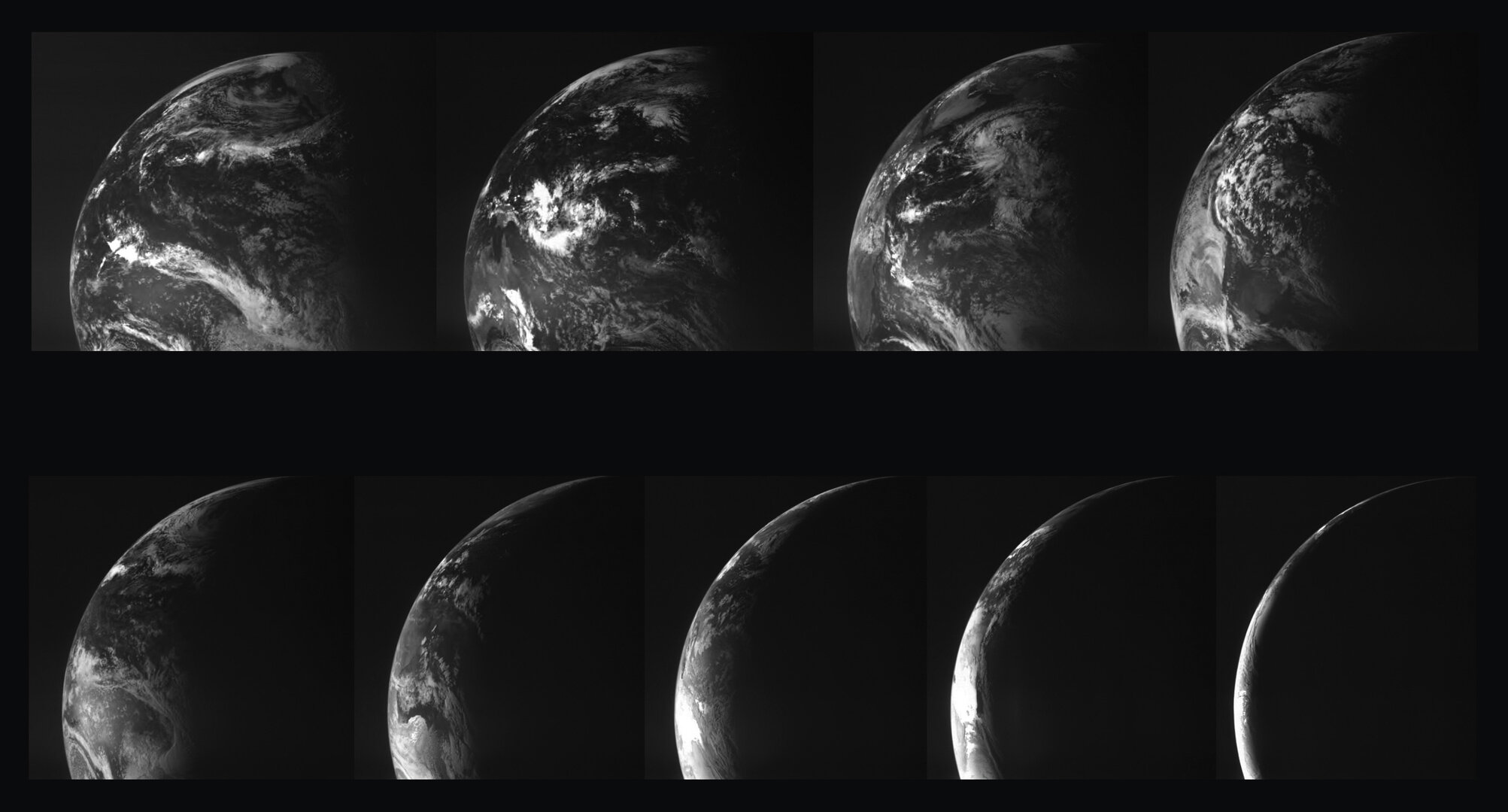 SMART-1’s view of a waning Earth

These pictures are taken form a two-day long movie shot with the AMIE camera on board SMART-1 on 1 and 2 November 2004. At that time, SMART-1 was on its course to reaching its last close approach to Earth, before being captured by the Moon’s gravity in mid November. From a distance of about 200 000 km, SMART-1 observed the Earth in visible light. The images shown here, taken about six hours apart from one another, clearly witness the Earth’s rotation. For instance, while Australia is visible on the second image from the top left, a few hours later its place is taken by the southern tip of Africa (third image from the top left). On its last orbit around Earth, during the days these images were collected, SMART-1 moved one more time towards the Earth’s night hemisphere. For this reason, the portion of the Earth lit by the Sun becomes smaller and smaller in these images. Before proceeding to the Moon, SMART-1 gave us one last close up view of the waning Earth.