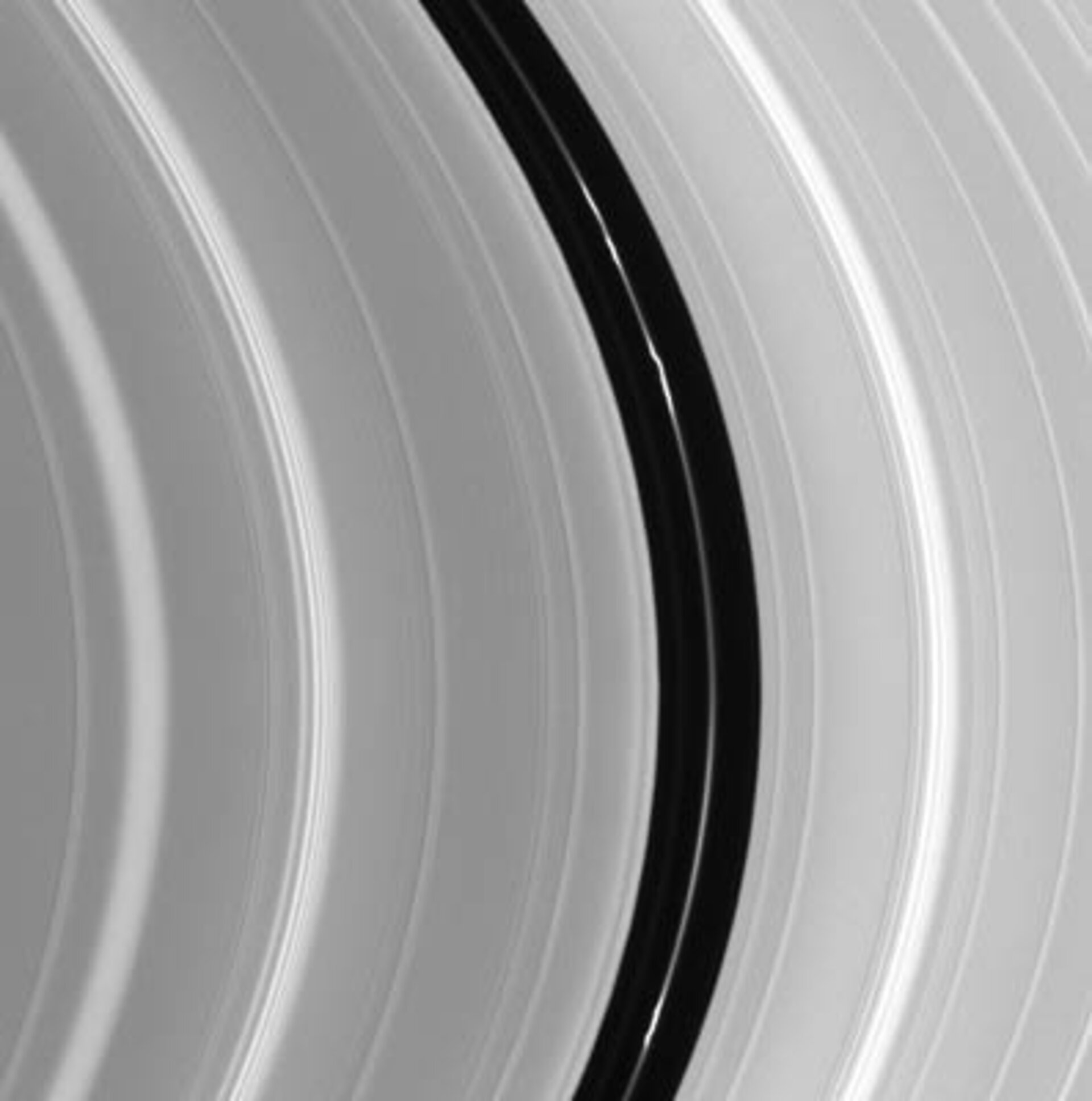 A knotted ringlet in the 'Encke Gap'

The 'Encke Gap' is a small division near the outer edge of Saturn's rings that is about 300 kilometres wide. The tiny moon Pan (20 kilometres across) orbits within the gap and maintains its shape. Many waves produced by orbiting moons are visible.


The image was taken in visible light with the Cassini-Huygens spacecraft narrow-angle camera on 29 October 2004, at a distance of about 807 000 kilometres from Saturn. The image scale is 4.5 kilometres per pixel.