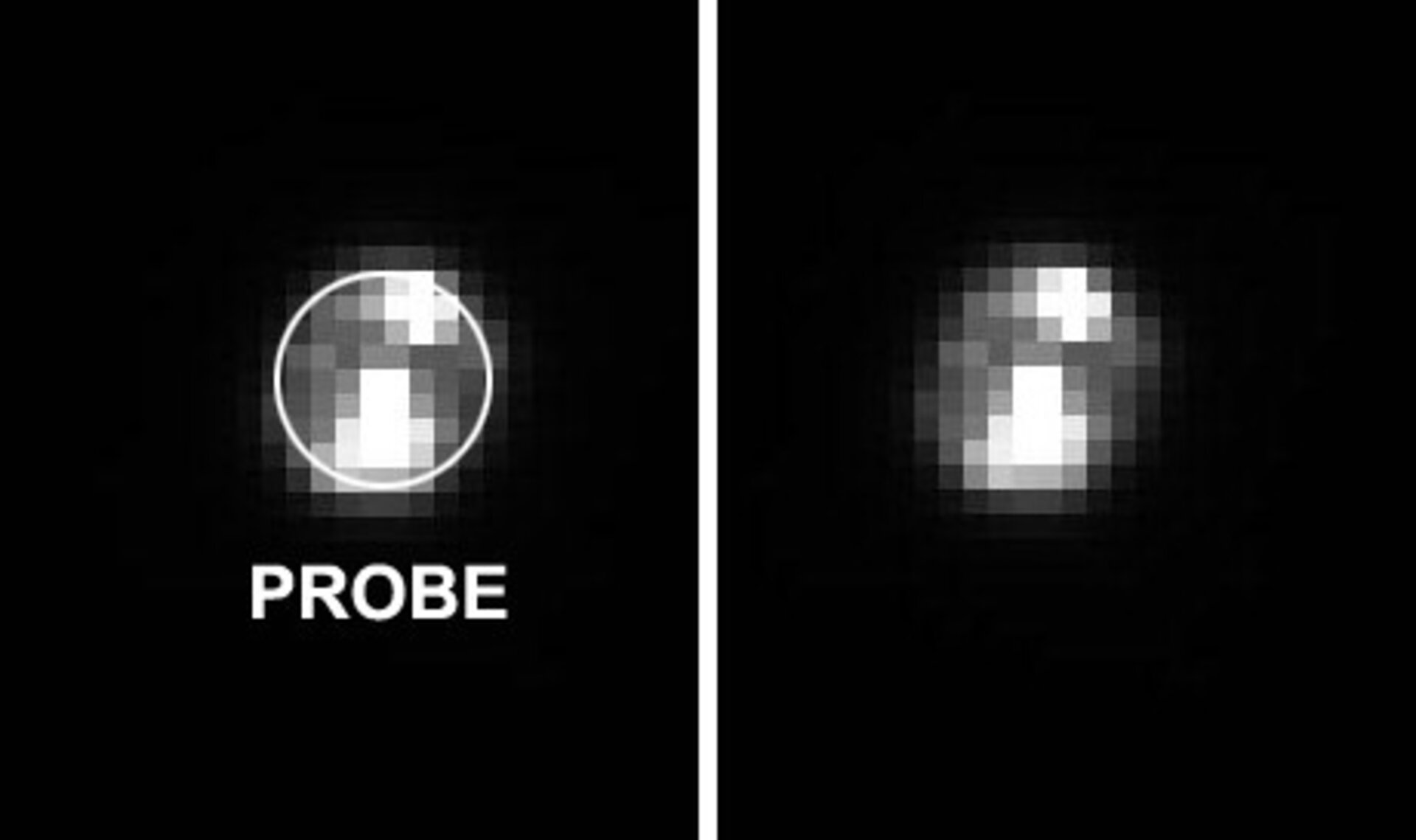 ESA's Huygens Probe appears shining as it coasts away from Cassini in this close-up of an image taken on 26 December 2004, after it successfully detached from the Cassini spacecraft.

Shown here side-by-side is a close-up of the Huygens probe. The image on the left shows the relative size of the probe. The bright spots in both images are probably due to light reflecting off the blanketing material that covers the probe. Although only a few pixels across, this image is helping navigators reconstruct the probe's trajectory and pinpoint its position relative to Cassini. This information so far shows that the probe and Cassini are right on the mark and well within the predicted trajectory accuracy. This information is important to help establish the required geometry between the probe and the orbiter for radio communications during the probe descent on 14 January.

The probe successfully detached from Cassini on 25 December 2004, and is on course for its 14 January encounter with Titan.


This image was taken with the Cassini spacecraft wide angle camera at a distance of 18 kilometres from the probe on 25 December 2004. The image has been magnified and contrast-enhanced to aid visibility.