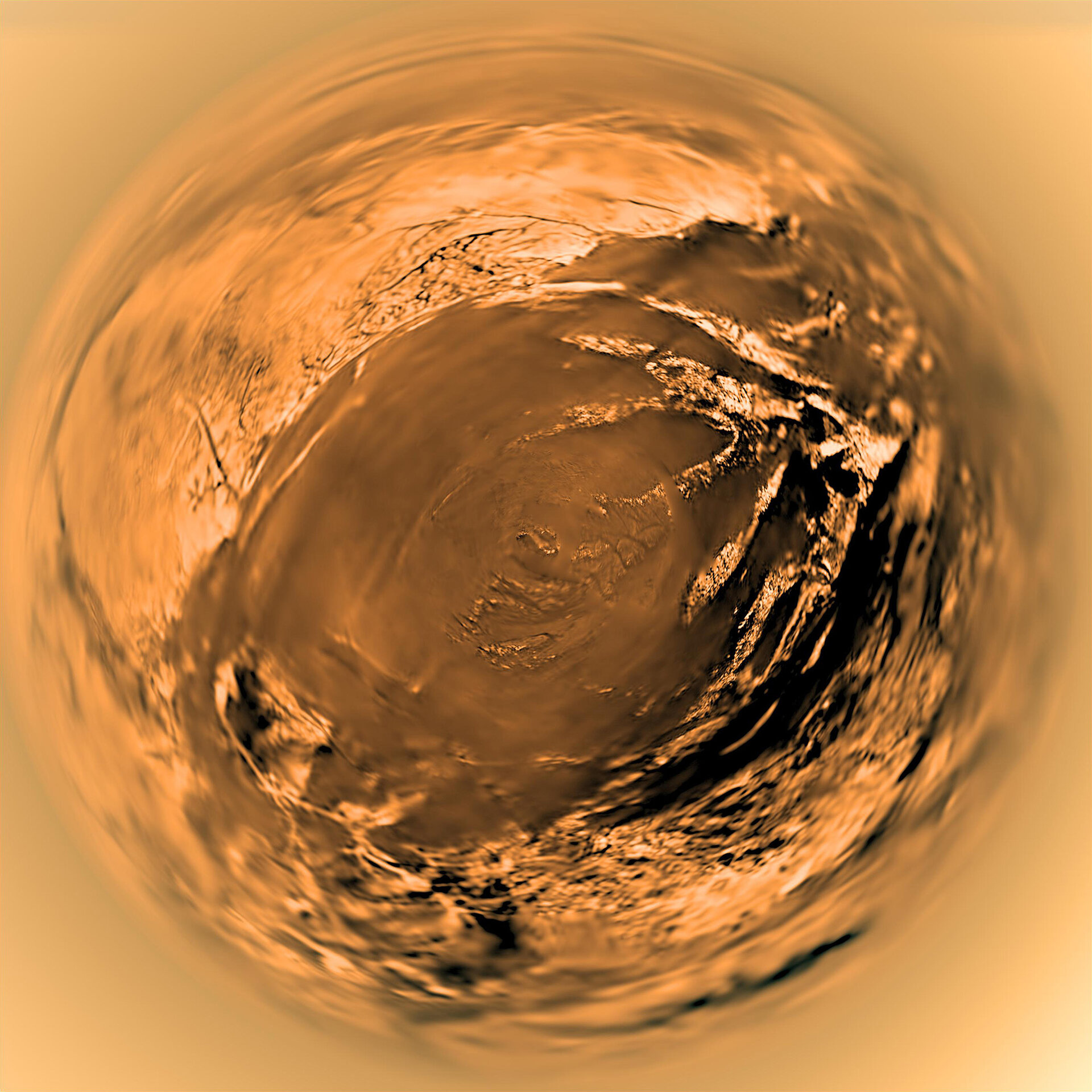 View over an alien world

At first glance, this scene may look like a reptilian eye or a textured splash of orange paint, but it is actually a fish-eye view of Saturn’s moon Titan. It was acquired at a height of about 5 km as ESA’s Huygens probe, part of the international Cassini–Huygens mission, descended through Titan’s atmosphere before landing.

In the late afternoon of 14 January 2005, engineers and scientists at ESA’s ESOC operations centre in Darmstadt, Germany, waited anxiously for data to arrive from Huygens, which touched down on Titan at around 12:34 GMT – the most distant landing of any craft.

Following its release from NASA’s Cassini on 25 December, Huygens reached Titan’s outer atmosphere after 20 days and a 4 million km cruise. The probe started its descent through Titan’s hazy cloud layers from an altitude of about 1270 km at 10:13 GMT. During the following three minutes Huygens decelerated from 18 000 km/h to 1400 km/h.

A sequence of parachutes then slowed it down to less than 300 km/h. At a height of about 160 km the probe’s scientific instruments were exposed to Titan’s atmosphere. Around 120 km, the main parachute was replaced by a smaller one to complete the descent.

The probe began transmitting data to Cassini four minutes into its descent and continued to transmit after landing at least as long as Cassini was above Titan’s horizon. The signals, relayed by Cassini, were picked up by NASA’s Deep Space Network and delivered immediately to ESOC. The first science data arrived at 16:19 GMT.

Huygens was humankind’s first attempt to land a probe on another world in the outer Solar System. “This is a great achievement for Europe and its US partners in this ambitious international endeavour to explore Saturn system,” said Jean-Jacques Dordain, then ESA’s Director General.

This image is a stereographic (fish-eye) projection taken with the descent imager/spectral radiometer on Huygens.

More information and a high-res TIFF version of the image is available at the NASA JPL website.