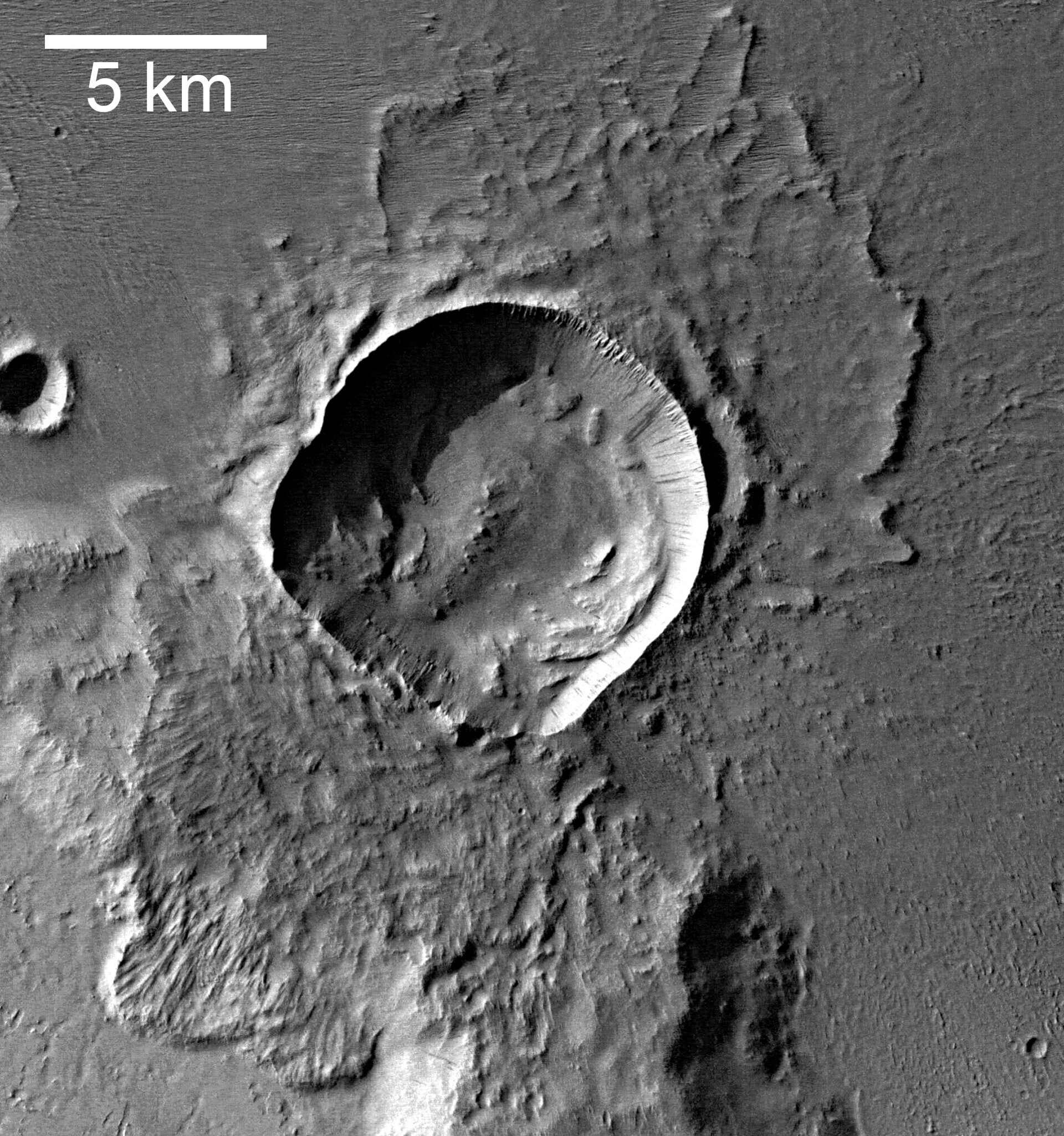 This image, taken by the High Resolution Stereo Camera (HRSC) on board ESA’s Mars Express spacecraft, shows a detail of the Medusa Fossae formation.
An impact crater is the youngest feature of the ‘stratigraphic’ sequence (layers of rocks produced over time) which can be observed in this image. This crater has a well preserved ejecta blanket with a ‘lobate’ (lobe-like) appearance, which is believed to indicate the presence of water or water ice in the impacted target. As a crater forms on a flat surface, it expands in a circular fashion. Due to the topography of the impact site the shape of the crater during expansion was disturbed by the walls of the plateau and resulted in an asymmetrical shape. The distribution of ejecta, resembling the wings of a butterfly, is due to a non-vertical impact (less than 45 degrees).

The HRSC obtained this image during orbit 917 with a resolution of approximately 13 metres per pixel. It shows an area located at about 5º South and 213º East.