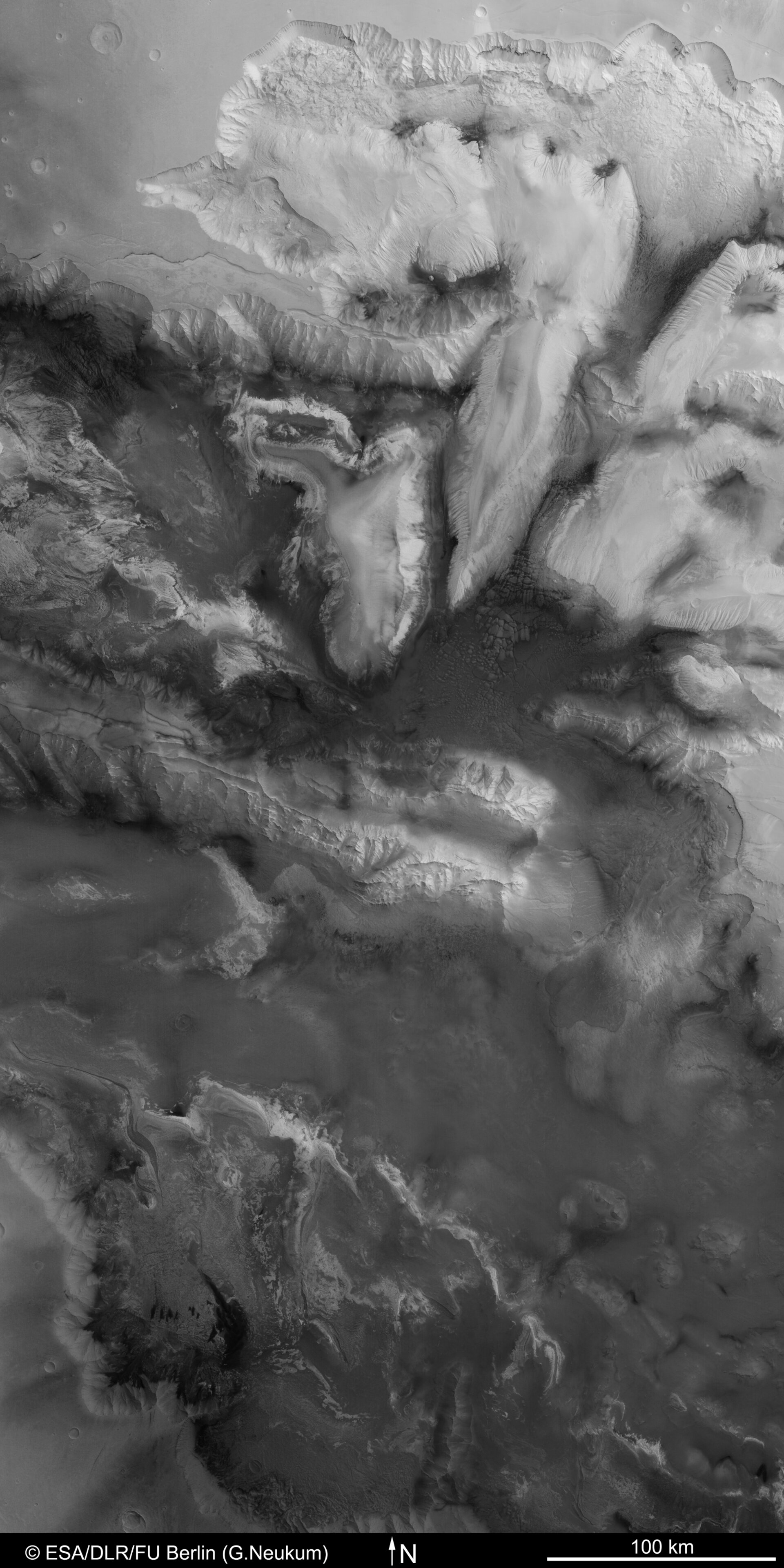 Melas, Candor and Ophir Chasmas in black and white

This image, taken by the High Resolution Stereo Camera (HRSC) on board ESA’s Mars Express spacecraft, shows the central part of the 4000-kilometre long Valles Marineris canyon on Mars.

The scene shows an area of approximately 300 by 600 kilometres and is created from an image mosaic from the two orbit sequences. The image is located between 3º to 13º South, and 284º to 289º East. North is up.