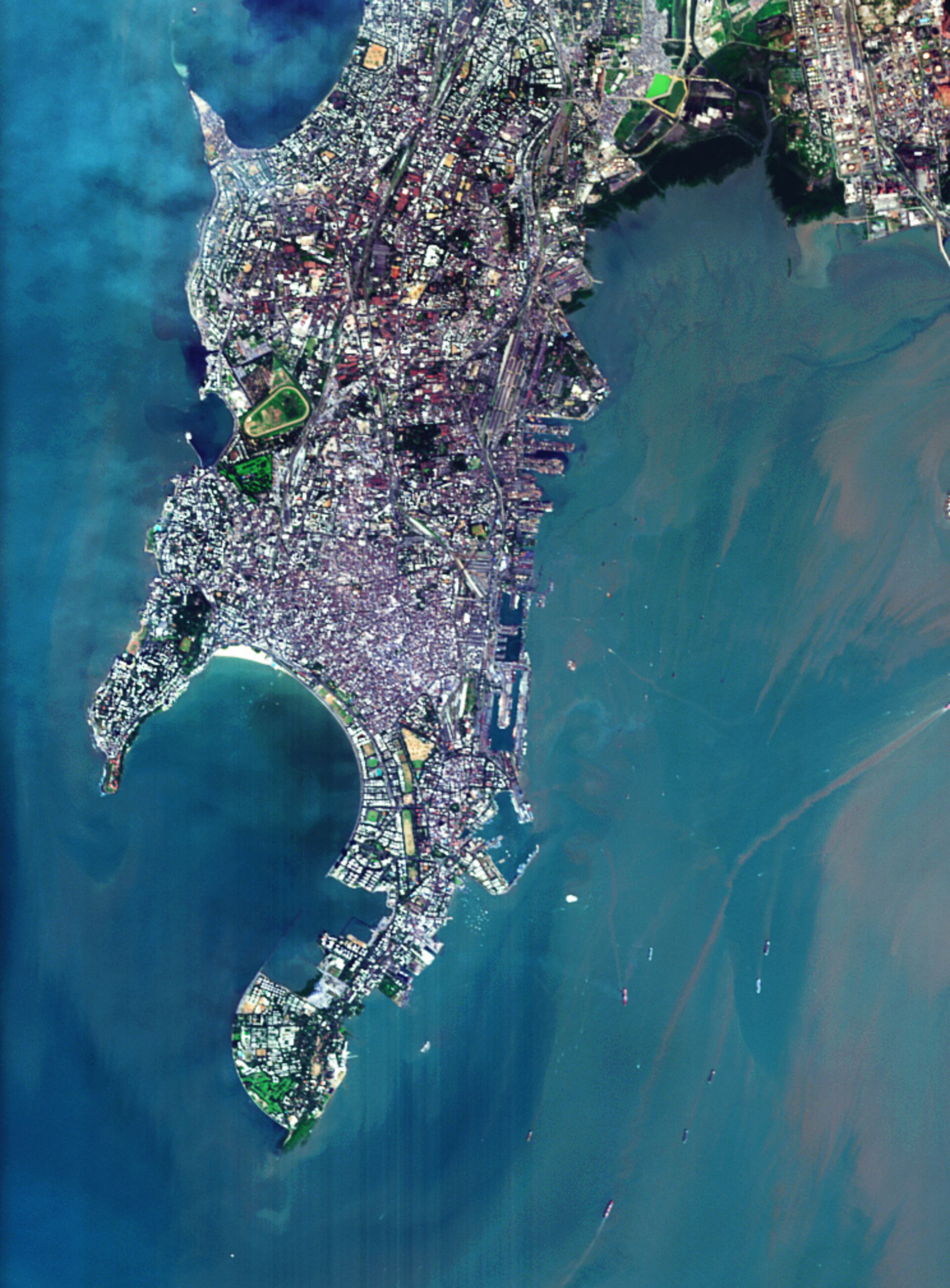 The southern part of Mumbai (formerly Bombay) in India as seen from ESA's Proba-1 satellite.

Mumbai's deepwater harbour has made it the largest port in western India and put it at heart of the sixth largest metropolitan area in the world, with a population of 12.7 million. The city is located on a claw-like peninsula of Salcette Island located at the mouth of the Ulhas River, originally seven separate islands until 19th century land reclamation projects joined them together.

Numerous vessels are visible in the waters surrounding the densely populated city. The docks of Mumbai harbour are located on the east side of the peninsula, along with the famous sea-facing Gateway of India. Note also the sands of the popular Chowpatty Beach within the curve of Back Bay, between the two sides of the peninsula.

The oval-shaped green space on the west side of the city is Mahalaxmi Race Course, close to the Hindu Mahalaxmi Temple. At the end of a narrow causeway that extends from the shore nearby is the Haji Ali Mosque, containing the tomb of the Muslim saint.

This image was acquired on 14 November 2004 by Proba's Compact High Resolution Imaging Spectrometer (CHRIS), a compact hyperspectral imager that sees down to a resolution of 18 metres, in a combination of up to 19 out of a total of 62 spectral bands to provide added environmental information.