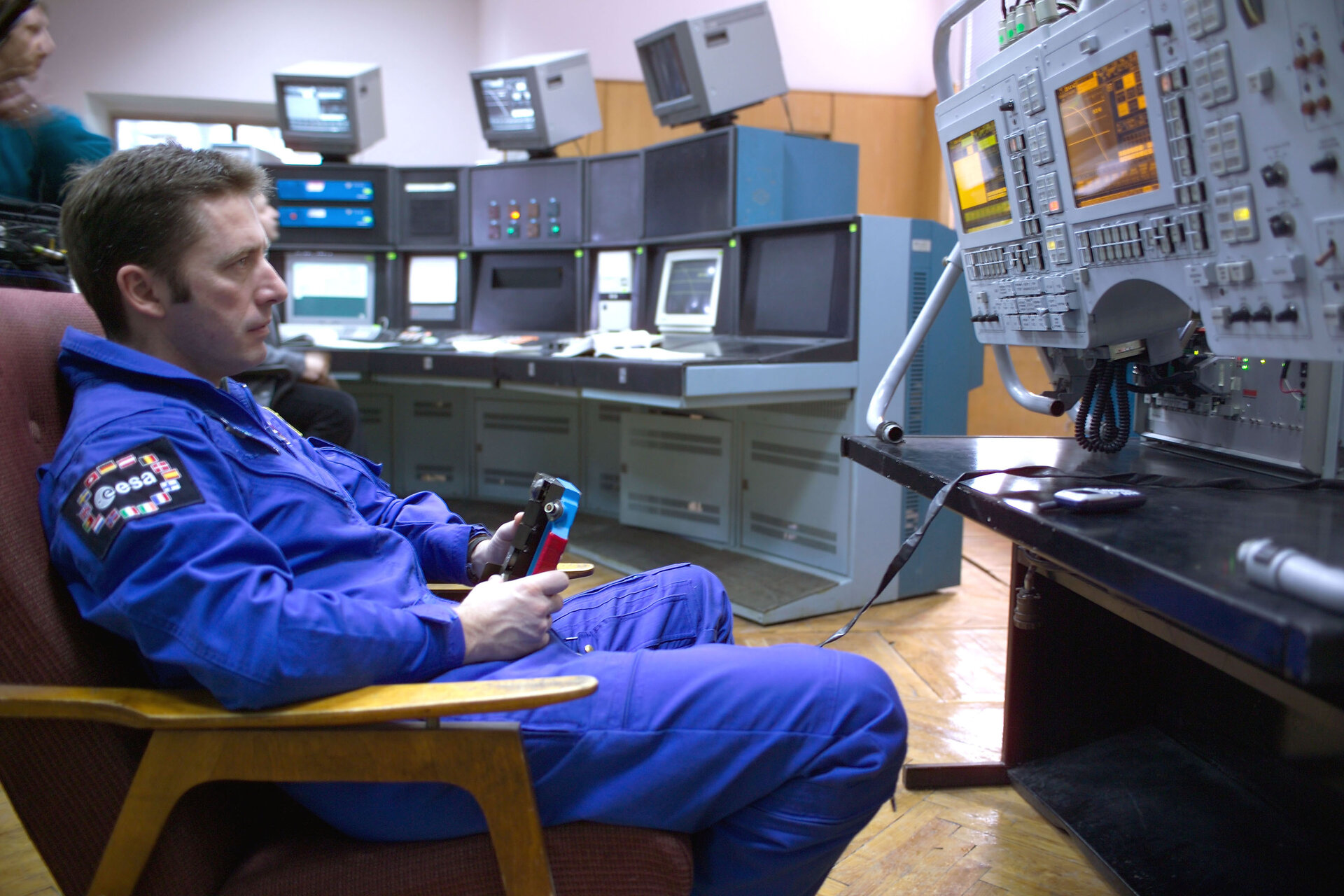 ESA astronaut Roberto Vittori, from Italy, during his training at the Gagarin Training Centre, also known as Zviezdny Gorodok ("Star City"), near Moscow, in March 2005, for the Eneide mission.
Roberto Vittori will be the next ESA astronaut to fly to the International Space Station, on the 10-day ENEIDE mission, an Italian Soyuz mission, scheduled to be launched on 15 April next year from the Baikonur Cosmodrome in Kazakhstan.
Vittori is a member of ESA’s European Astronaut Corps and also an active Italian Air Force pilot. He is scheduled to take off on flight 10S to the ISS as flight engineer on board the Soyuz TMA-6 spacecraft alongside the Soyuz Commander and Roskosmos cosmonaut Sergei Krikalev and NASA astronaut John Phillips.
The main objectives of the mission are: for the ESA astronaut to perform a full experimental programme of major scientific interest and valuable international cooperation on board the ISS; to exchange the station lifeboat, Soyuz TMA-5, for Soyuz TMA-6; and to exchange the current ISS Expedition 10 crew (Leroy Chiao and Salizhan Sharipov) for the ISS Expedition 11 crew (Krikalev and Phillips).
As flight engineer on both the ascent phase and the return journey, Vittori will take an active role in piloting and docking the spacecraft. Seven European astronauts have flown to and worked on the ISS so far though this is the first time that a European astronaut will be on his second mission to the ISS. From 25 April to 5 May 2002 Vittori took part in the Marco Polo mission. This will also be the first time that four of the five ISS partners, the ESA Member States known as the “European Partner”, Russia, the United States and Canada, have taken part in a Soyuz mission to the ISS, since the backup astronaut for Roberto Vittori is Robert Thirsk from the Canadian Space Agency (Canada is an ESA Cooperating State).