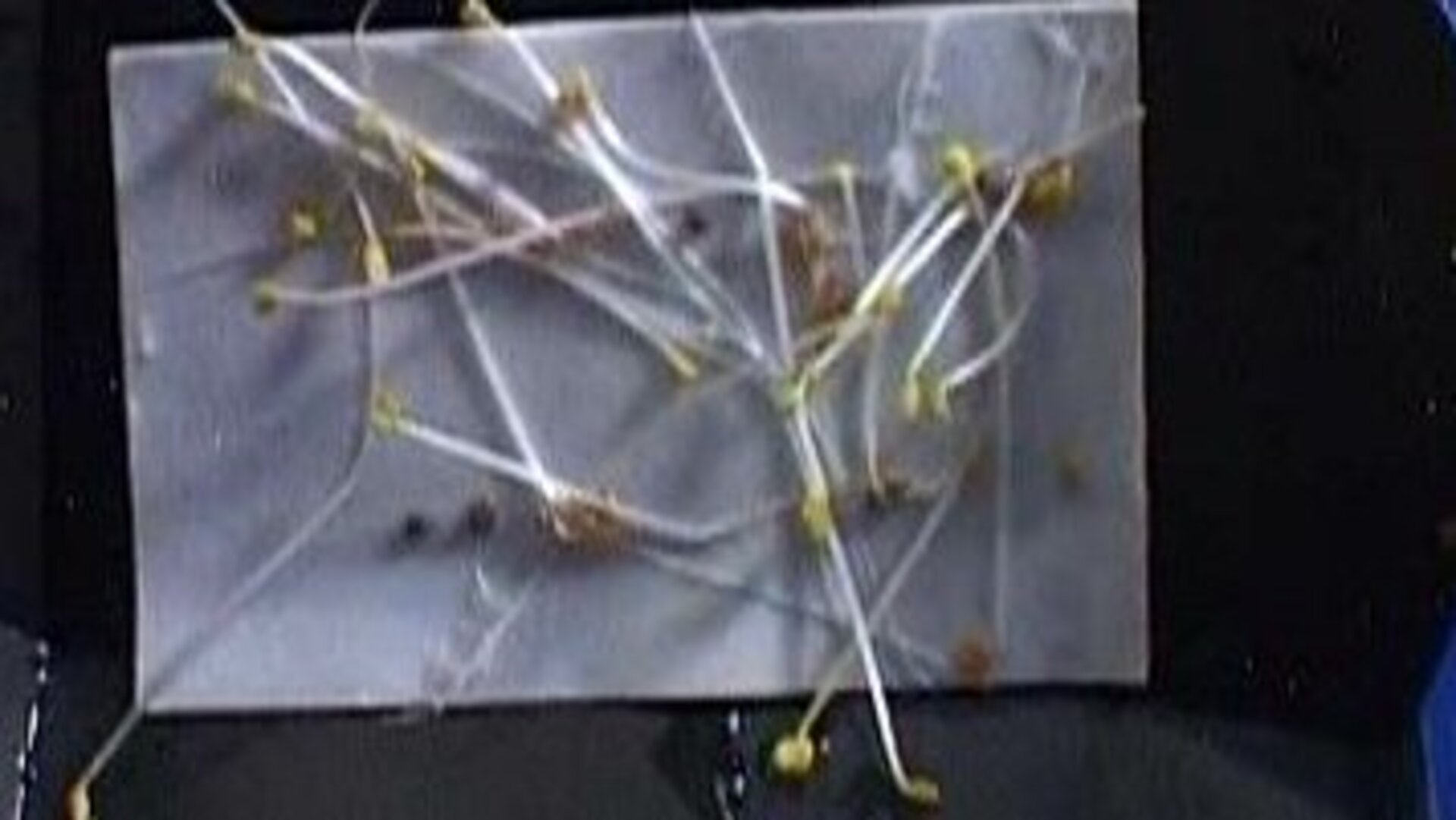 Seedling growth in space after fours days in the dark chamber of the 'growing rocket' as part of the Dutch DELTA Mission education experiment Seeds in Space.

Over 70 000 schoolchildren simulataneously started the Seeds in Space experiment on 22 April 2004 by planting their seeds in a rocket-shaped kit. After four days they compared the growth of their seeds with those of ESA astronaut André Kuipers' on board the International Space Station.

Seeds in Space was organised by Space Research Organization Netherlands (SRON) and was financed by the Dutch Ministry for Education, Culture and Science.