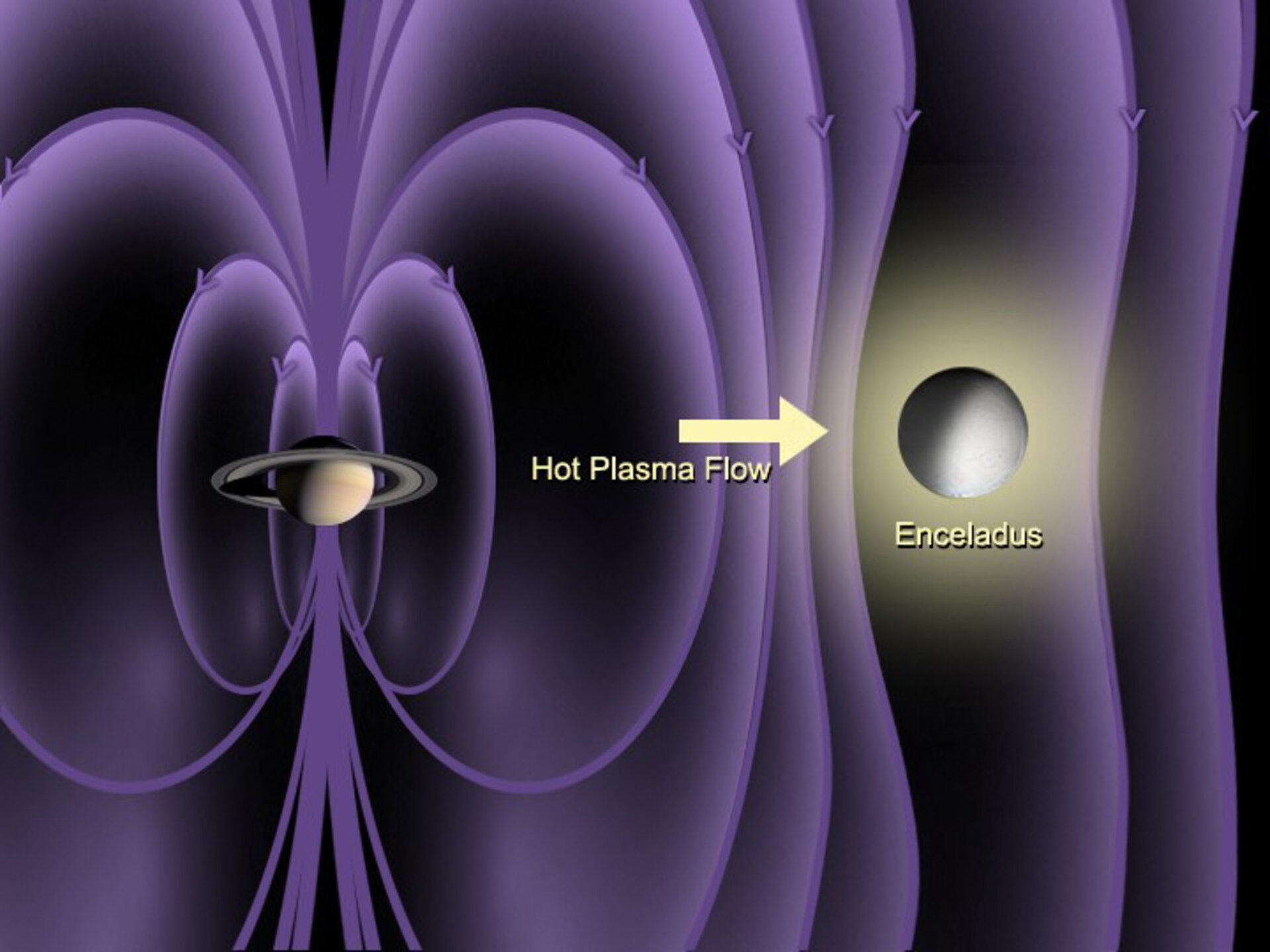 Artist's concept of atmosphere on Enceladus

This artist's concept shows the detection of an atmosphere on Saturn's icy moon Enceladus. The NASA/ESA/ASI Cassini spacecraft's magnetometer instrument (MAG) is designed to measure the magnitude and direction of the magnetic fields of Saturn and its moons. During Cassini's two close fly-bys of Enceladus (17 February and 9 March) the instrument detected a bending of the magnetic field around Enceladus.

The picture shows the magnetic field observed by Cassini along its trajectory plotted in a vector form. Even though the spacecraft altitude was almost 500 kilometres at closest approach and the fly-by was upstream of the moon (where the interaction is expected to be weaker) Cassini's magnetometer observed a bending of the magnetic field which is consistent with its 'draping' around a conducting object, i.e. a moon with an atmosphere. This indicates that the Saturnian plasma is being diverted away from an extended atmosphere.